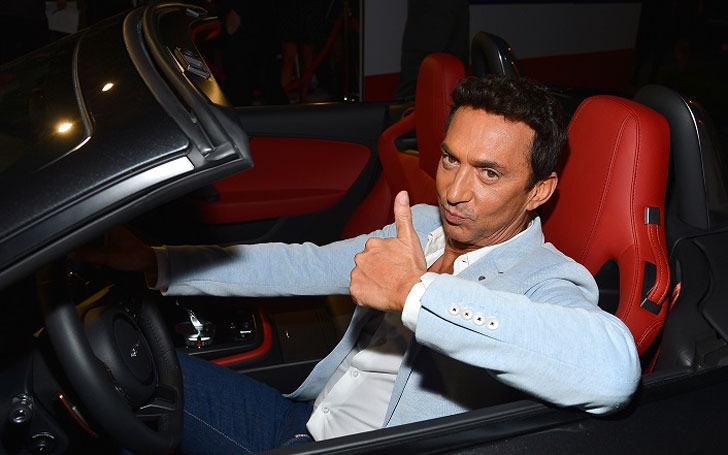 Based in Ferrara, Italy, Bruno Tonioli is a well-known choreographer, dancer, and TV personality. In addition, he appears as a judge on the dance competition Strictly Come Dancing airs on British television.

The Hollywood gay celebrity, Bruno Tonioli has openly confessed to being a homosexual. After dating several years, Bruno is in a living together relationship with Jason Schanne. Let's know more about his marital life here.

Bruno Tonioli, the judge of Dancing with the stars, is romantically linked to partner Jason Schanne. Tonioli and Shane began dating in 2000. Bruno Tonioli married Jason Schanne in 2012. The couple is enjoying one another's company to date.

Following season 14 of Dancing With The Stars, Bruno Tonioli had a commitment ceremony alongside Schanne. Jason Schanne is not that famous as Bruno. Stars including Johhny Weir, Evan Lysacek, and Perez Hilton attended the couple’s private ceremony.

Who is excited to pick @BrunoTonioli as their judge on our #DWTS app?

You could win Marvelous prizes! pic.twitter.com/VhCfKNYJEz

Tonioli revealed that guys were most often hanging around the house with girlfriends and he didn’t have any girlfriend, so his parents should be eager to know about the matter. Bruno faced a lot of bullies during his young days.

One of the facts he revealed was:

“It was frightening. I really WAS the only gay in the village. I was labeled ‘the queenie guy’  and the ‘queer’, which was the worst thing you could be told in Italy in those days. I always danced very well, so the great-looking girls would dance around me. One night a bunch of lads got jealous about this. They shouted, ‘You poofter!’ and chased me from the club with a broken bottle, then pinned me up against a wall. I eventually chatted myself out of it with wit and imagination –but I was very lucky.

In the fall of November 2005, the ‘Lindsay Kemp’ member was seen with a man named Paul. Allegedly, Bruno had been with Paul for a couple of decades.

Bruno Tonioli, the supporter of gay rights is happily living with partner Jason Schanne in his apartment. However, Bruno insisted he didn’t sleep in the same bed during their relationship.

“I always sleep on my own. I can’t sleep with somebody else. Always separate bedrooms, bathrooms, and closets. I’m very individual and I want my own space.

61-year-old, TV personality does not have a long dating history or affair rumors. Indeed, Bruno likes to keep his personal life low profile. He has even disclosed a lot regarding his sexual orientation in front of the media.