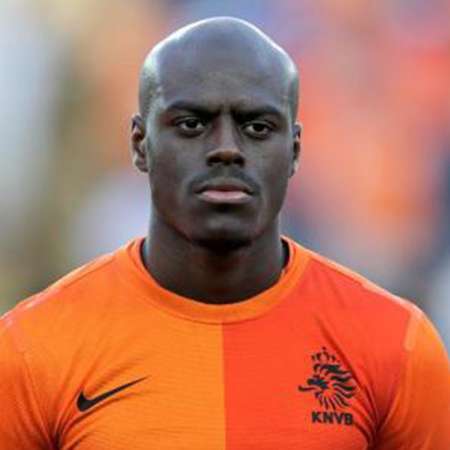 Rolando Maximiliano Martins Indi,  popularly as Bruno, is a Portuguese born Dutch football Player. He started his career with Dutch club Feyenoord, after progressing through the club's youth teams.

He spent four seasons at De Kuip, making 120 appearances before moving to Portugal in July 2014 to play for Porto for a fee of €7.7 million.

A full international for the Netherlands since 2012, he has gained over 30 caps and was part of their squad which finished third at the 2014 FIFA World Cup.

Bruno was born on 8 February 1992 at Barreiro, Portugal. Although born in Portugal he is the citizen of the Netherlands. He was born to parents from Guinea-Bissau. He moved to Rotterdam, the Netherlands with his family at the age of three months

He started his professional career from the year 2010 at the age of 20. The current team where Bruno plays at is one of his native Eredivisie league club called Feyenoord wearing squad number 5 and also for his nation Netherlands from the Netherlands National Football Team as a central and left wing defender.

This left-footed defender is the father of a baby girl from his girlfriend Mecia. She gave birth to his daughter in 2012. The agent of this talented defender is Ungeklart.

Bruno started his youth career from Spartaan’20 later joining at Feyenoord’s first year C-junior squad in early 2010. In the mid of that year, he debuted his professional career from the same club.

Since 2010 until now, he has appeared in 100 matches contributing 5 goals for the club. Bruno has the experience of playing in three matches from the Netherlands under 17 National Football Team in 2009.

He was chosen in the under 19 Netherlands National Football Team in the 2010-2011 season. He then played 16 matches bagging a significant goal against Germany. In 2012, he became the member of the Dutch first team squad.

He has played 13 matches from this team so far contributing two goals from the Dutch team which was the impressive debut of his career.

During his career, he has been through 2 red cards in KNVB Beker Competition and a yellow card in WC Qualifiers Europe Competition. He was suspended through sports court in this 2013/2014 season in the Eredivisie competition from 2014 February 5 to 2014 February 24. The media reports report that he was suffered from Hip Injury in 2011/2012 season and strain in the 2013/2014 season.

Bruno Martins Indi's net worth can be around $4 million. According to transfermarket, his current market value is $11.7 million. He receives around $30,000 as a weekly salary from Stoke City.

Bruno is a very competent and good defender in the football arena. His defensive skill is far appreciated than his attacking skills. He has got good skills of passing the ball. He is praised for his key passes for the shots. Bruno likes to go forward to give the shots.

He is an energetic and enthusiastic young footballer with good speed. He has good heading and shooting skills with the durability in the game. Bruno usually does not dive into tackling the balls. Thus, Bruno needs to improve his tackling skills for the better performances in the future.