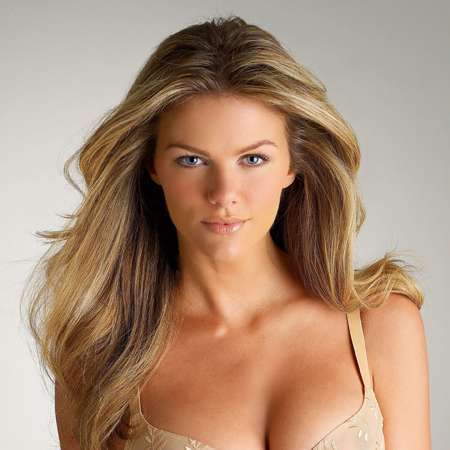 Brooklyn Decker has established a successful career in the field of acting and modeling. With a number of finest performance in both movies and TV series, Decker is regarded as one of the prominent faces in the world of acting. She is mostly known for her work in Chuck, Ugly Betty, The League, and more. Especially her appearance in the Sports Illustrated Swimsuit Issue brought her initial fame.

Brooklyn Decker was born on April 12, 1987, is Kettering, Ohio of United States with the birth name as Brooklyn Danielle Decker. Brooklyn is known to be a fashion model as well as actress successful from the year 2003 till the present time upon and across this industry

Brooklyn is the daughter of Tessa who was professionally a nurse as well as her father was a salesman of pacemaker whose name is Stephen Decker. The family moved from place to place and mostly stayed within Middletown, Ohio and later in Matthews, North Carolina. Her ancestry belongs from English, Irish, German as well as Dutch.

Her nationality is American and ethnicity is mixed.

With the beginning of her professional career right after her study she became the face of Mauri Simone. During the very time, it was a business for prom dress maker where she got linked with. Along with this winning the title of Model of the Year during the year 2003 made her towards the high step of the success of her life this was awarded at Connections Model and Talent Convention.

Later on, Brooklyn Decker also started getting her presence within various featuring and cover shoot made people focus themselves towards her. Within Men’s Health, she was also listed under the name as “100 Hottest Women of All-Time”.

The actress is currently playing the role in the TV series Grace and Frankie since 2015 sharing the screen along with Sam Waterston and Martin Sheen as well.

Brooklyn Decker's estimated net worth according to celebrity net worth is around $10 million, in 2019. The actress has landed a number of major roles in both movies and TV series. The average salary for an actress is around $52,000 a year.

Brooklyn Decker is a married woman. She tied the knots with his girlfriend her longtime boyfriend Andy Roddick on April 17, 2009, in an intimate wedding ceremony. The couple started dating in 2007 and got engaged in the following year.

Decker and her husband Roddick welcomed their first child, a son Hank Roddick, in September 2015. The became parents for the second time after she gave birth to their second child a daughter named Stevie Roddick, in November 2017. The actress currently resides in Roddick's home town of Austin, Texas along with their two children.

Brooklyn Decker also mentioned that her personal life is totally different than that of her career. Brooklyn bio regarding her personal life is open regarding her affairs and dating. She also dictates herself as a big fan of Dave Matthews Band and loves to get linked up with them. During the college days, she made few of the boys as her affair but she never mentioned any of them as her boyfriends in the public.