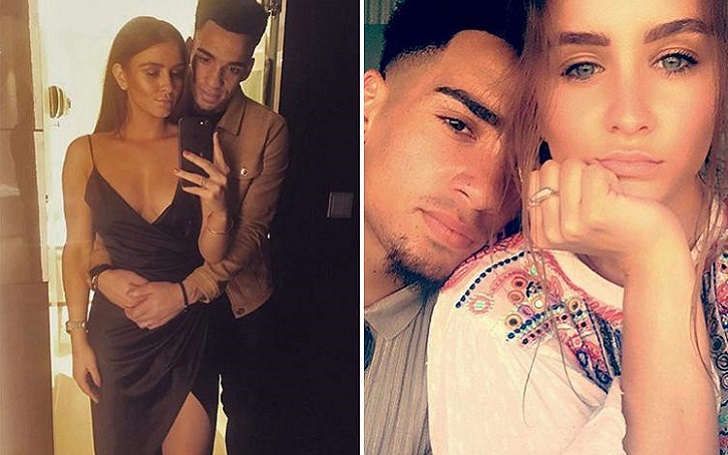 Coronation Street’s Sophie Webster aka actress Brooke Vincent Has Confirmed That She Is Expecting Her First Child With Boyfriend Kean Bryan.

Twenty-six years old English actress Brooke Vincent flaunted her baby bump in the new photo-shoot for OK! Magazine where she revealed and talked about becoming a mother.

Vincent gushed over her better half, 22 years old footballer Kean Bryan and insisted that he will be a brilliant dad. The couple has been dating since 2016.

Sometimes, every once in a while, something happens that makes you believe in the true meaning of magicOur Baby BWe are so excited to be your Mummy & Daddy Get your copy of my full interview in Ok Magazine this week

Vincent shared her joy and excitement for welcoming the child and also thanked boyfriend Kean for bringing out the best in her which makes her extremely excited on the journey they are paving.

I like to think I’m the boss of our relationship but Kean has a really wise head on his shoulders, so I know he’ll be a brilliant dad.

Brooke Vincent, who has been a part of Coronation Street since 2004, is already hoping that her future child follows her footsteps and become a performer like her.

Vincent revealed that she has always enjoyed a close relationship with her mother and now she hopes the same with her to be born child.

My mum had me when she as 24 and we have a really close relationship so I’m hoping that will happen for me. If I’m half the mother my mum is then I’ll be happy.

The television star also added that she wants both Kean and her mother in the delivery room when she welcomes the baby in the world. However, she has not planned much about it.

Vincent noted that she and her boyfriend would not learn the sex of their future baby. However, she suspected that she would have a boy.