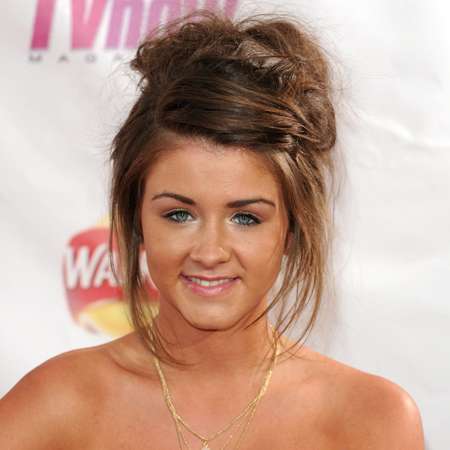 Brooke Levi Vincent, an English actress, was born on 4 June 1992. She is notable for her role as Sophie Webster in the ITV soap opera Coronation Street. She has also appeared in several other television series as well as the spin-off movie of Coronation Street called ‘Coronation Street: Out of Africa’.

During her early ages, Brooke Vincent took swimming and dancing lessons. At the age of 7, she decided that she’d like to be an actress. She attended and graduated from Fairfield High School for Girls in Droylsden, and later went on to study drama at college in Manchester. Although she hasn’t appeared in many productions, she has had a pretty successful career in acting.

Brooke Vincent made her acting debut as a guest character, as Casey Emma Gla s s, in the BBC black comedy TV series, ‘The League of Gentlemen’. Although she appeared in only one episode, ‘The Medusa Touch’, her role was a memorable one. The actress gained a rise in fame when she joined 'Coronation Street' in April 2004 and got the role of Sophie Webster, one of the regular characters of the show, making her first appearance on 12 May 2004.

Brooke Vincent was the third actress to play her role, as she was portrayed by Ashleigh Middleton from 1994 to 1997 and Emma Woodward from 1997 to 2004. Vincent is one of the main cast of the series, thus this role is the most significant in her acting career. She has already appeared in 800+ episodes of the long running series. However, it is rumored that she will soon be leaving 'Coronation Street' for her first live theatre role. Besides, Hher cousin, actress Ellie Leach, plays Faye Winda s s in the same show as well.

Brooke Vincent also featured in three episodes of 'Soapstar Superstar', a reality singing competition. In 2014, she also appeared as herself in the first episode of the second season of the British television show, Tricked.

Brooke Vincent has been nominated for two awards: Best Dramatic Performance from a Young Actor or Actress for her portrayal of Sophie at The British Soap Awards 2008 and “Best Young Actor/Actress” at the 2008 Inside Soap Awards.

In 2011, Brooke Vincent started dating Chelsea FC footballer Josh McEachran, which was only revealed in August. The couple broke up in 2014, but got back together in August of the same year. However, they again split in 2015. She has recently confirmed that she is currently in relationship with Manchester City's rising star Kean Bryan, although she was a bit shy to admit it as her previous boyfriend was also a footballer.

Brooke Vincent, the actress with the net worth of $1 million, isn’t married yet, and thus hasn’t had any affairs either. As she has a big role in a ‘Coronation Street’, she must be earning a lucrative amount of salary and her net worth must be in thousands.