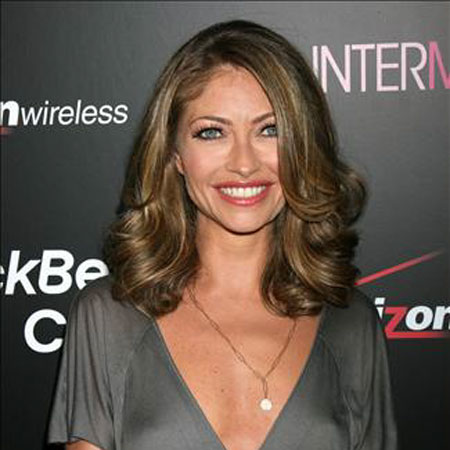 Rebecca is also famous by her nickname, The Noxzema girl.

Rebecca Gayheart was born on 12 August 1971, in Hazard, Kentucky, USA. She belongs to White-American ethnicity and holds an American nationality. Gayheart is of Germany, Cherokee Indian & Italian heritage.

Gayheart is born to Floneva Gayheart, beautician and Curtis Gayheart, a coal truck driver & miner. She grew up along with her sisters, Elizabeth and Rachel in Pinetop, Kentucky.

Gayheart left her hometown when she was fifteen & moved to the New York after winning a modeling competition.

Rebecca Gayheart began her career appearing in a student short movie, Whatever Happened to Mason Reese? But, she earned national recognition after Gayheart scored Noxzwma-girl gig in the early 1990s.

Gayheart got her breakthrough as an actress in 1993 when she nabbed the part of a beautiful temptress, & emotionally disturbed Hannah Mayberry on ABC series “Loving.” Later, she landed a recurring part on American teen drama television series, “Beverly Hills, 90210” as Toni Marchette in 1995.

In 2004, Gayheart landed a recurring part on the critically appreciated drama “Nip/Tuck.” The following year, she nabbed the part of Meghan on TV film “The Christmas Blessing.”

Afterward, she appeared in some movies and television series including, “CSI: Miami,” “Ugly Betty,” “The Cleaner,” “Urban Legend,” “Puppet,” “Jawbreaker,” and many others.

In 1997, Rebecca Gayheart got engaged to American film producer, entertainment businessman, & director, Brett Ratner. However, before getting married, they called off their engagement in 2004.

A few years later, Gayheart was found having a love affair with American actor, Eric Dane. After dating for ten months, the pair married on 29th of October 2004 and are blessed with two daughters, Billie Gayheart and Georgia Gayheart.

Gayheart became a part of a controversy due to a private video. On 17th August 2009, a personal video was posted on the website gawker.com that showed former Miss Teen USA contestant Kari Ann Peniche with Gayheart & husband Eric Dane.

In the year 2001, Gayheart hit a boy, Jorge Cruz, Jr., while she was driving a vehicle.  The following day, he died of serious injuries. After that, she was sentenced to three years of probation, one-year suspension of her license, a $2,800 fine, & 750 hours of community service.

Rebecca Gayheart worked in several movies, TV series as well as modeling. The exact annual salary is under review. However, her net worth is said to be around $5 million.