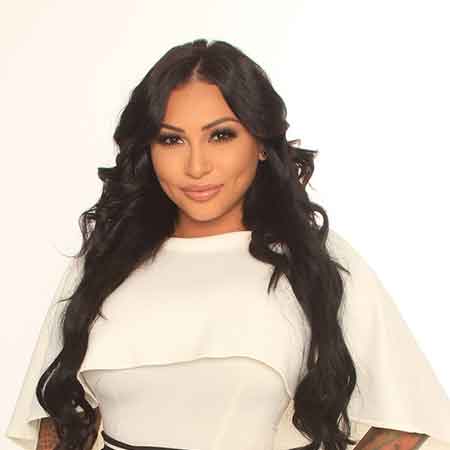 American reality television personality, Instagram model, author, and entrepreneur, Brittanya Razavi is known for her appearances on many reality shows Rock of Love, Charm School, and I Love Money. She also featured on the covers of magazines like Savage Tattoo, Rebel Ink, and Obscene Magazine. Brittanya was a finalist on VH1's Rock Of Love 2009. Her credit also includes the film Dysfunctional Friends (2012).

Brittanya Razavi was born on 7th July 1985 in Oxnard, the USA under the birth sign Cancer. She has an older sister named Tiffany O'Campo. She spent most of her early days playing softball in her hometown Oxnard.

The social media star has kept secret everything about her parents and educational background. As far as her nationality is concerned, Razavi is an American and belongs to mixed ethnicity.

Razavi began her career as a model and appeared in several commercial magazines such as Rebel Ink, MMA Sports Magazine, Tattoo Magazine, Savage Tattoo, Tattoo Energy, and many more.

Razavi debuted on the big screen in the 2012 American drama-comedy film, Dysfunctional Friends as Lexus alongside Stacey Dash, Reagan Gomez-Preston, Wesley Jonathan, and others.

Moreover, Razavi is the co-author of the book named Millionaire Self Talk. She is also the co-owner of the successful online store 187 Avenue, which sells a variety of products including clothing and wallets.

Acc u mulated $3 Million Net Worth

As of 2019, Brittanya Razavi has an estimated net worth of $3 million. She is a Co-owner of 187 Clothing Inc, from where she earns a decent amount of money. As a professional model, her annual salary is around $67,000. She has racked up such a good amount of net worth from her multiple professions like a model, actor, entrepreneur, and businessperson.

Brittanya Razavi is one of the popular social media stars with more than 16.6 million followers on her Instagram account, as of 2019. And as per some reliable sources, an Instagram star who has over 1 million followers the payments rise considerably, up to $15,000 per post.

Besides, Razavi also appeared in movies like Dysfunctional Friends sharing the screen along with Reagan Gomez-Preston and Wesley Jonathan.

Razavi is the co-owner of the online store 187 Avenue, which sells a variety of latest productions of clothing and wallets as well. It is also a major part of her net worth.

Brittanya Razavi is married to Lucky Moe Razavi. The details regarding their conjugal life are yet to be released.

Razavi is blessed with two children; Razavi gave birth to her first child at the age of fifteen. The child is said to be living with his godfather, and the biological father's name has not been disclosed.

On 16th March 2011, Brittany and Moe welcomed their first son Cash King and a year later, they welcomed a second child, Legend King, on October 24. In the year 2015, the breakup rumors with her husband Lucky Moe surfaced but it was turned out to be fake after some time.

As of 2019, the couple lives in Los Angeles, California with their children.

Razavi has several tattoos on her body. She is a fashion enthusiast. She also loves to spend her time with her family.

Brittanya Razavi has a number of tattoos on her body. The Instagram star inked her first tattoo on her back at the age of 11. She has written her own name. She also got a tattoo on her left hand which is also her favorite one. Most of her tattoos are made by Manuel Valenzuela. She is best known for her unique dimple piercings.

While Brittanya Razavi was a part of the reality star, she lost her temper and attacked a woman. She attacked with a drinking giblet which leads the victim to stitches afterward. After the incident, Brittanya was sent to jail for six months.

She is Active on Social Media

As of 2020, she has around 5.2 million followers on her official Instagram account where she goes by @imbrittanya. Most of her Instagram posts are her professional modeling photoshoots.

Brittanya Razavi stands at the height of 5 ft 3 in / 160 cm and has an attractive body physique. She weighs 146 lb / 66 kg. She has Hazel colored eyes with Brown colored hair.

1. How Much Is The Reality Star Brittanya Razavi Worth?

2. Does Brittanya Razavi have a clothing line?

She is a Co-owner of 187 Clothing Inc which sells a variety of latest productions of clothing and wallets as well.

3. Does Brittanya Razavi have tattoos?

The reality star is quite fond of ink and has tattoed several parts of her body.

4. Does Brittanya Razavi had plastic surgery?

Though few online outlets have claimed her going under the knife, the star has not confirmed nor denied the rumors.

5. How many kids does Brittanya Razavi have?