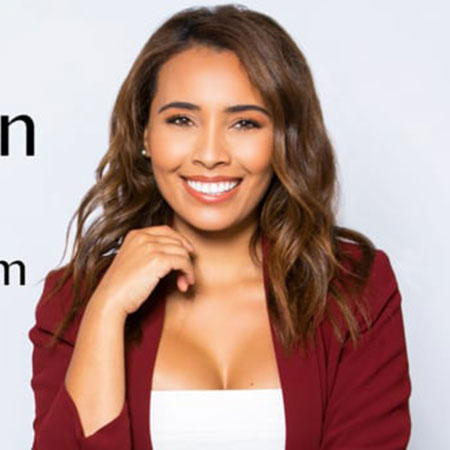 Britt Johnson is an American anchor and a host known for hosting "The Branded Athlete in Black Hollywood Live" from February 2015 to March 2016. She mainly works for Sports News Company, "The Fumble Sports". Besides, she is an internet personality and is active on YouTube and Instagram, has a fair share of followers.

Britt Johnson was born on February 24, in Fresno, California under the zodiac sign of Pisces. She spent most of her early days in her hometown Fresno along with her parents and did her schooling from there. Her parents were served in United States Army.

Johnson holds an American nationality and belongs to mixed ethnicity (half white and half black). She was the eldest child in her family and was raised alongside her two siblings: Her brother Chris Johnson and a younger sister.

Her parents were supportive of her since an early age, but sadly, her mother died when she was only 13 years old. After that, she was raised by her bonus mom, Ronda Lu Ryder McCormick. 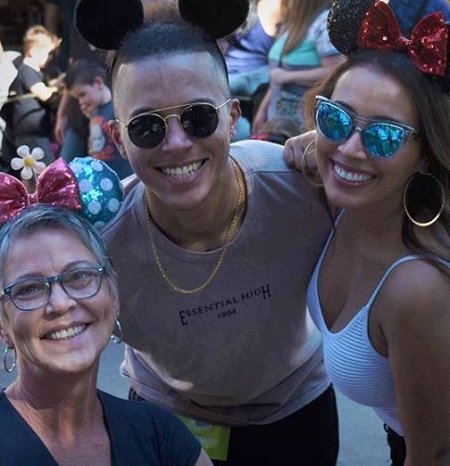 Britt was very interested in cheerleading from a young age and was a member of a cheerleading group during her college days. She was inspired to become a sports anchor when she watched Dallas Cowboys playing football.

Britt attended California State University and she majored in Communication and minored in Special event planning.

In 2007, after her graduation from University, Britt Johnson started to chase her childhood dream of becoming a Sports Anchor. As mentioned earlier, when it comes to sports she is a big fan and because she was able to work as the sports host with confidence.

Her first work was on KSEE-TV 24 and she served the network for about ten months until May 2008. In 2014 she joined the Entertainment Scoop as a Red Carpet Host and after that in 2015, she started serving as a Sports Reporter for the City of Torrance.

On the same year, she started working as the Sports Host at OBSV Studio in September. Similarly, she was able to make her contribution for the KLAF NBC as a Weekend Sports Anchor for six months till July 2016.

Not only a sports anchor she also runs her own youtube channel, as of January 2019 she has about 36,020 subscribers on her Channel. She is the most active host of the Fumble Sports.

Britt Johnson's Net Worth, Salary, And Major Source of Income

Britt Johnson's Net Worth has not been revealed yet, however, as an anchor and a host, she has earned some decent amount of money form her career. She has collected the revenue from her job as a The Fumble Sports Host in Observer Studios since September 2015.

According to the source, the average estimated salary of the sports anchor in the United States is $47,538. The lowest salary for a sports anchor is $25,429 where the highest post earns the income of $93,536. Besides her television career, she also earns from her self-titled YouTube channel where she has about 36k+ subscribers.

The media personality is also quite active on social media like Instagram with over 73.6k followers. It is also the major part of her net worth.

Britt Johnson is a very beautiful and hardworking television host and has won the hearts of her many fans.

Who Is Britt Johnson Dating?

To talk about her relationship status, she is probably single and is not dating anyone as of January 2019. As per the YouTube video, she posted on 21 August 2018, Johnson is happily single. During Q&A, when a fan asked her why she was single? She answered:

I am single because I feel like it. Maybe I will get a man this year. We'll see....we'll see how things will work out.

It seems like, she is ready to be in a relationship, but is waiting for the right one.

Taking about her online presence, besides YouTube, she is active on Instagram and Twitter where, as of 2019, she has about 73.6k followers and 6.3k followers respectively.

Here is the video of Britt Johnson talking about her Personal life including family and relationship.

You May Also Like: Kristen Ledlow, Cassidy Hubbarth, Kathy Brock and Jenny Taft.