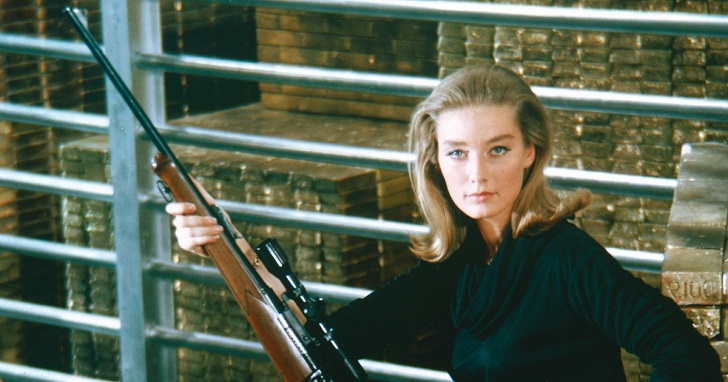 James Bond Actress, Tania Mallet Dies At The Age Of 77

The former model and actress, Tania Mallet who is best known for her portrayal as Tilly Masterson in 1964s Goldfinger Died. The news of her passing away was announced by the official James Bond Twitter on Sunday evening.

They posted a message of condolence to her family. The post read,

"We are very sorry to hear that Tania Mallet who played Tilly Masterson in GOLDFINGER has passed away. Our thoughts are with her family and friends at this sad time." 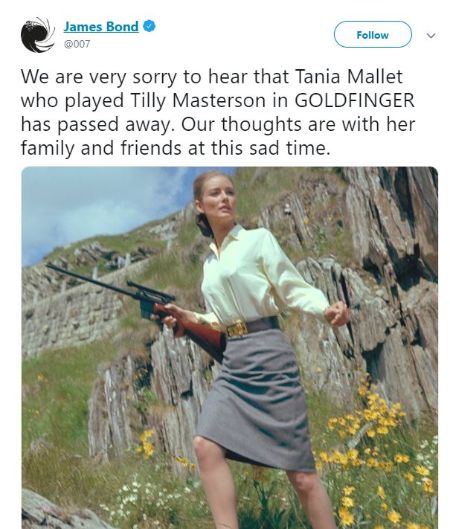 "Unfortunately we must share the very sad news that our dear friend Tania Mallet has sadly passed away. She was a very classy and beautiful lady inside and out. We will cherish the memories of the infamous trips to Holland with her and Eunice."

Tania Mallet started her career as a model in the late 1950s while she was around 16 years old and became one of the famous models of 50s and 60s. Her career took a breakthrough after she worked as an actress in the movie, Goldfinger in 1964. After working in some Bond movies, she returned in the modeling world. Once, while giving an interview, she said,

Filming had been an interesting experience but I was always more comfortable in a small studio with just the photographer and his assistant.

Her cousin, Helen Mirren wrote about her, In the Frame: My Life in Words and Pictures in 2008 where she has described Tania as a loyal and generous person who has always helped her mother and brother financially.

The news of Tania's death announcement this weekend just after the day of James Bond actor Shane Rimmer's death at 89 is very sad. All of us have lost one of the most popular Bond Girls of all time.

Our condolences to her family and friends!