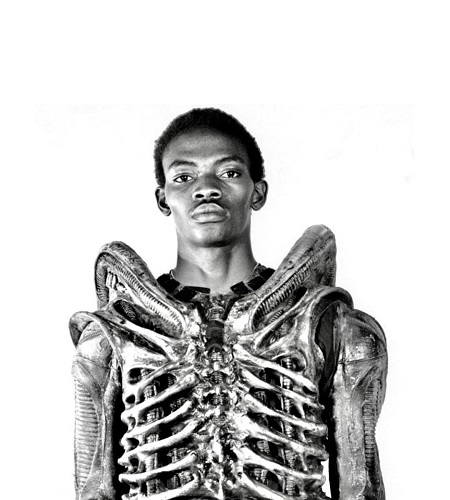 Bolaji Badejo is a late Nigerian visual artist and actor. He came in the limelight and gained massive fame after his role in legendary director Ridley Scott's 1979 movie Allien. He portrayed the title creature which was long and angular, with an impossible frame and touring height. He had no training or experience as an actor before it, but his considerable height made him ideal for the part.

Bolaji Badejo was born on August 23, 1953, in Lagos, Nigeria. She belonged to Nigerian nationality and ethnicity wise; he was of Yoruba descent. He was the son of Erasmus Victor Badejo (father) and Elizabeth Badejo (mother).

His mother was a welfare administrator and one-time business owner while his father was a Senior Broadcasting Officer. Badejo has six siblings, five brothers; Posi, Boyega, Akin, Bolaji, Deji, and a sister Debo.

Badejo did his schooling from his native state but later moved to the United States. He eventually made his way to London and decided to pursue an education in graphic design further.

In early 1978, Bolaji Badejo was discovered by casting director Peter Archer in a bar who was scouting for someone suitably tall and thin to play the titular creature in a 1979 horror film Alien. He had no training or experience as an actor before it, but his considerable height made him ideal for the character. 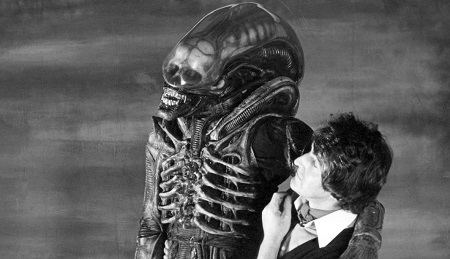 In the year 1980, Bolaji returned to Nigeria to join his uncle, the well-known sculptor, artist, designer, and publisher Omotayo Aiyegbusi. He later started running his own art gallery in 1983.

There is nothing disclosed about his net worth. Bolaji Badejo played a major role in science fiction horror movie Alien which grossed a huge box office collection racking up over $203 million worldwide. Only one movie had been credited to his name.

Bolaji Badejo was never married but was in a relationship with his girlfriend, Yinka. Badejo first met to Yinka while he was living around London. The couple also has two children, Bibi and Yinka.

Yinka herself explained about their first meeting,

I was introduced to Bolaji by a mutual friend in the summer of 1976 in London.

Badejo's touring height, dark, striking and handsome man made an immediate impression. The two were together until his death in 1992.

Cause of Death, Grave

Bolaji Badejo's Height: He had a very tall height of 7 feet 2 inches.