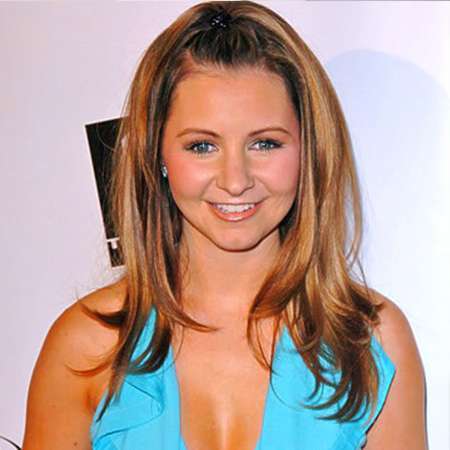 Mitchell mainly appears in TV movies and TV drama shows. From 2011-13, she was one of the main casts in a TV series The Secret Life of the American Teenager. Since 2017, she is appearing in a TV series Hollywood Darlings.

Mitchell is married to her college sweetheart Michael Cameron since 2008. The couple shares two children together.

Beverly Mitchell was born on 22 January in 1981, in California, U.S.A. She is an actress and a country music singer. She was born to father David Mitchell, an auto racing promoter and mother Sharon Mitchell, an office manager.

Her parents have since divorced and remarried and she has a half-sibling brother Giuseppe Tomasino from her father’s second marriage.

She graduated in 1999 from Chaminade College Preparatory School and later earned a University degree in Film Production from Loyola Marymount University.

She got a breakthrough role in the film The Crow: City of Angels (1996). That year, she started playing Lucy in a new family drama show 7th Heaven.

She was originally auditioned for the role of Mary but she could not fit and producer provided her chance to play Lucy. She played younger sister of Mary Camden portrayed by Jessica Biel. The series was very popular and it lasted for 11 seasons.

She enacted in the horror sequel of Saw, Saw 2 in 2005. She starred in the TV movie I know what I saw in 2007. In 2010, Mitchell joined The Secret Life of the American Teenager.

She appeared in the series for next three years. In 2012, she appeared in a TV movie Get Out Alive. She then appeared in two TV films A Gift Wrapped Christmas (2015) and Deadly Dance Mom (2016). In March 2016, she was named to the cast of series Hollywood Darlings with fellow stars Jodie Sweetin and Christine Lakin. The series is airing at Pop since 2017.

Beverley Mitchell is also a country music singer. She released her debut album Beverley Mitchell with record producer D. Scott Miller in 2007. Her album went debuted #30 at the Us Country chart and #8 at the US Heat Chart. She co-wrote eight of the songs featured on the album including the hit single Angel.

Beverley Mitchell’s net worth is $2.5 million as of July 2018. She earns a huge amount of money from her acting career. According to a source, Hollywood TV star earns $150K-$1 million salary an episode. So, she also makes somewhere in the above range.

She lives in a lavish house in Hidden Hills, California. She lives there along with her husband and children.

Beverley Mitchell is a married woman. She is married to her longtime boyfriend Michael Cameron since 2008.

In 2000, she met Michael Cameron while attending college. Later, the couple dated for five years. They bought property in Colorado in 2005.

Mitchell engaged to her accountant boyfriend Michael Cameron in 2005 and married three years later in 2008. The couple originally planned to get married in 2007, but they postponed due to the release of her debut album. They wed on October 1, 2008, in Ravello, Italy on the Amalfi Coast. Her former co-stars Jessica Biel and Mackenzie Rosman served as bridesmaids.

She and her husband Cameron welcomed their first child, a daughter named Kenzie Cameron in 2013. In September 2014, the couple announced they were expecting their second child. After four months, she welcomed a son named Hutton in January 2015.

The family of four travels different parts of the world during their vacation and holiday. Her Instagram post is filled with her traveling, children and husband's stories.

Here is the short information about her you should know.