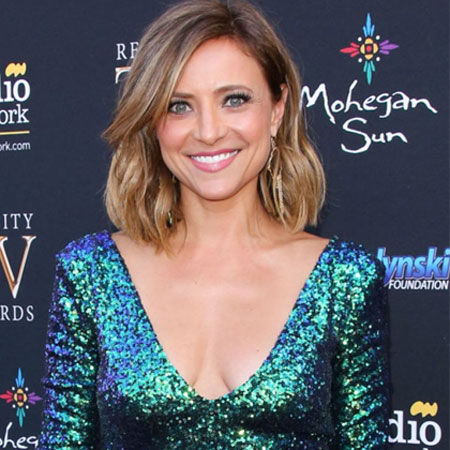 Christine Helen Lakin was born on January 25, 1979, in Dallas, Texas, United States. She was born to her parents, Karen and James Daley Lakin. Christine spent most of her childhood days in Roswell, Georgia.

Christine Lakin went on to attend UCLA and eventually graduated with a B.A. degree in Communication. Christine Lakin had high hopes and dreams of becoming an actress when she was small. Thus, she went on to pursue her dreams through small commercials.

Soon, Christine Lakin landed in the limelight in the American Civil War drama The Rose and the Jackal as the lead character Young Rose. Soon, in 1990, Lakin was cast in Step by Step. The show was canceled in 1998. Christine Lakin made her move in the TV movies in Reefer Madness. In 2005, Lakin appeared in Who’s Your Daddy?

Christine Lakin yet again claimed the center stage when she was cast in MTV’s  comedy show, Wild ‘n Out in 2006. Lakin was also seen in the Super Bowl XLI commercial But He Has Bud Light. 2008 turned out to be negative for Lakin when she was cast in the movie, The Hottie, and the Nottie along with Paris Hilton which got negative reviews. She was ten seen on The Kilborn File as Craig Kilborn’s sidekick.

Apart from that, Christine Larkin has also voiced in The Walking Dead: Season Two video game as the character Jane and in TV animated sitcom, Family Guy as Joyce Kinney. Lakin was a judge in the Internet Icon which was a YouTube competition. In 2016 she was cast in Hollywood Darlings.

Christine Lakin has been married to Brandon Breault since 2014. Lakin’s husband Breault is an actor who is known best for his movie, Razortooth. The couple got married in October 2014 and has been together since. Together, Christine and Brandon gave birth to their daughter in March 2016.

Besides her married relationship, she had an affair with Andy Fickman and were in a relationship for about nine years. She also shared a relation with Jeff Juday. Lakin currently lives in California, United States of America.

Christine Lakin has been honored and awarded many times for her contribution in the movie and TV arena. Lakin was nominated for a Young Artist Award in 1993 and in 1994. She is the recipient of a Golden Raspberry Award. Lakin won the LA Weekly Theater Awards for Female Comedy Performance in 2009, and an Ovation Awards in 2012 for Featured Actress in a Musical.

Christine Lakin stands tall at the height of 5 feet 1 inch. According to many sources, Christine Lakin is known to have a net worth of $ 2 million coming out of her work in TV series like Step by Step, Reefer madness, and The Kilborn File.