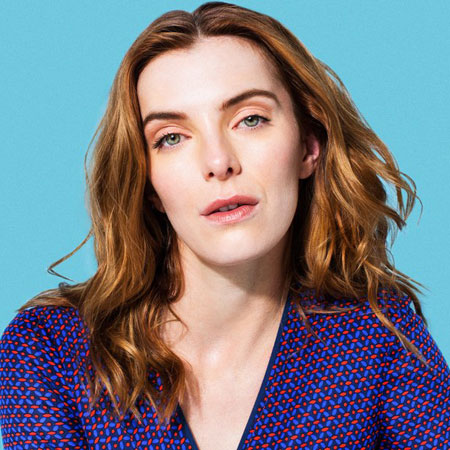 American actress Betty Gilpin is mostly known for her role Debbie Eagan in the popular Netflix series Glow. She received several nominations for her performance on the show including 8th Critics Choice Television Awards for Best Supporting Actress in a Comedy Series and 24th Screen Actors Guild Awards For Outstanding Performance by an Ensemble in a Comedy Series. She was also highly appreciated for her performance in the Showtime's Nurse Jackie as Doctor Carrie Roman. Her other work includes True Story, Take Care, American Gods, Masters of Sex, Fringe, Medium, Elementary, and Law & Order: SVU.

Betty Gilpin was born on 21 July 1986 in New York City, NY to Jack Gilpin and Ann McDonough. She is of White ethnicity and holds American nationality. She is cancer which defines her character to be empathy, intuition, and optimism.

Bety Gilpin began her career from the hit television series Law & Order: Criminal Intent in 2006. She portrayed the character Amanda Dockerty. Gilpin's first movie appearance was Death in Love in 2008.

Some of her other movies include:

She made her television debut in 2006 and has appeared in several Television shows since then. Her most memorable role was Dr. Carrie Roman in the American medical comedy-drama series Nurse Jackie. The show premiered on June 8, 2009, and aired its final episode on June 28, 2015. She shared the screen alongside Edie Falco, Eve Best, and Merritt Wever. Some of her other notable works are listed below:

Betty Gilpin is a married woman. She tied the knot to actor and assistant director Cosmo Pfeil in 2016. Pfeil is known for his work in the movies Take Shelter, Shotgun Stories, and Person of Interest.

The pair was first spotted in 2015, at a night party. As of 2018, the couple is living a blissful life together.

Betty Gilpin earns a decent amount of money from her career as an actress. Gilpin's total net worth is estimated to be in million dollars but the actual amount is still under review. As per reports, Gilpin was paid $450,000 for her appearance in Law & Order.

Know more about Betty Gilpin from her interview below: