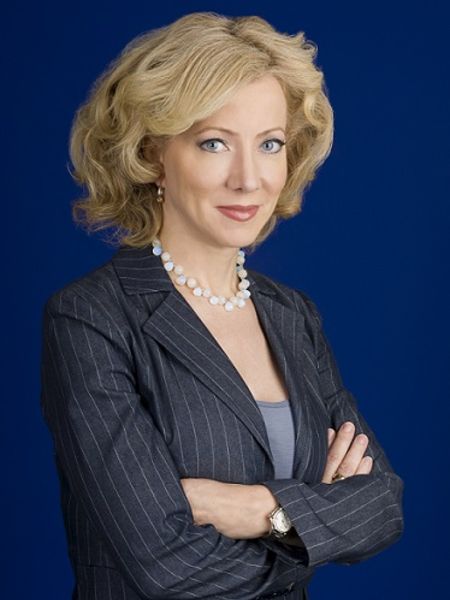 Beth Karas is an American attorney, television personality, and speaker. She worked for over two decades as a legal analyst for truTV and currently operates independently on her website "KarasOnCrime.com" where she provides legal intervention and covers high-profile legal cases.

How Old is Beth Karas? Where was she Educated?

Beth Karas was born Elizabeth Jane Karas on January 29, 1957. The 63-year-old was born and raised in South Deerfield, Ma s sachusetts, where she attended the local Frontier Regional High School, graduating in 1975.

She went on to attend Mount Holyoke College in South Hadley, Ma s sachusetts, where she graduated in 1979 with a Bachelor in Arts degree in political science with a concentration in Spanish. She got her Master in Law (LLM) from Fordham Law School in Manhattan, New York.

Beth Karas began her law career as an a s sistant district attorney in the New York County District Attorney's Office. She worked at the office for eight years before starting work full-time in television broadcast as part of Court TV. She was previously a fill-in anchor for Court TV before joining the network full-time in 1994. 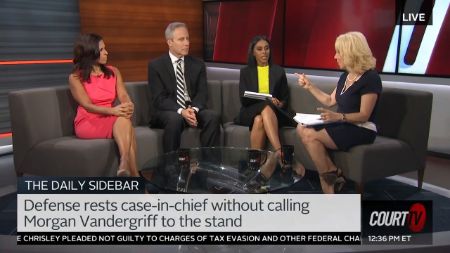 On Court TV, Kares is a legal correspondent for IN SESSION -- a job she has had since 1994. She reports out of courtrooms across the US and covers a wide array of legal cases ranging from petty theft and armed robbery to sexual a s sault to political corruption and complex racketeering cases.

Court TV was eventually merged with its sister channel HLN and renamed to TruTV. With the acquisition, Beth was let go from TruTV after nearly two decades in June 2013, shortly after the Jodi Arias case. 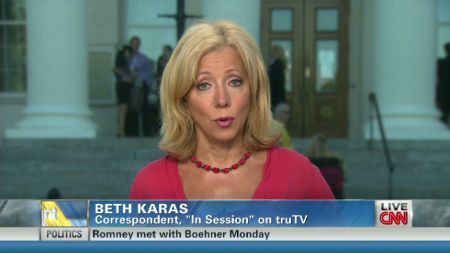 Besides that, Kares has made appearances in news shows across various channels including "Nightline" and "Good Morning America" on ABC, "Dateline" and "The Today Show" on NBC,  "The Early Show" on CBS, "Larry King Live" and "Anderson Cooper 360" on CNN ", and "On the Record with Greta van Susteren" and "The O’Reilly Factor" on FOX News.

During her decades-long stint as a legal correspondent, Kares has covered a litany of high-profile cases including the 2004 rape trial of late basketball player Kobe Bryant, the felony charges against Martha Stewart, the murder trial of actor Robert Blake in connection with his second wife Bonnie Lee Bakley, the murder trial of Phil Spector in connection to actress Lana Clarkson, as well as the murder trials of noted felons like Scott Peterson, Jodi Arias, Christian Karl Gerhartsreiter (aka Clark Rockefeller), Conrad Murray, Scott Peterson.