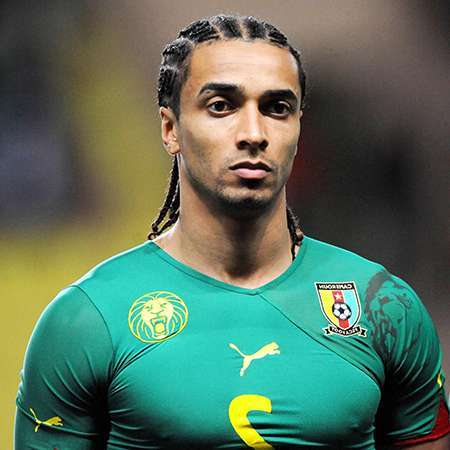 He was born 0n (DOB)24 March 1984  in Arras France. His Sibling, younger brother Mathieu Assou-Ekotto is also a professional football player.  Among his Parents, his mother is French and father David Assou-Ekotto is Cameroonian. Benoit has been playing in his current Team Queens Park Rangers on loan since September 2013.

Benoit started his career with RC Lens. He made his league debut against Paris Saint-German on 28 March 2004 and RC Lens won the game with 1-0. During the 2005-06 season, he played 34 out of 38 league games for Lens. That season Lens came up fourth and also got qualified for UEFA Cup. Benoit’s brilliant performance throughout the season reckoned him among one of the finest left backs in Cameroon.

The next step in his club journey is Tottenham Hotspur. He moved to Tottenham 2006 summer as a defender. His transfer fee was not disclosed but speculations said it to be more or less around £ 3.5 million. On the opening day of the 2006-07 season, he made his debut at Bolton Wanderers in a 2-0 defeat. He got a knee injury in December of 2006 and due to the injury, he could only play 2 matches in entire 2007-08 season losing his place to Lee Young Pyo.

In the 2008-09 season, he got all fit and over the injury and his good performances under manager Redknapp earned him international attention. He is now considered as a quality Premier League full back. In the 2009 League cup, Tottenhham lost against Manchester United but Benoit’s game was par excellence against Cristiano Ronaldo.

After the performance, he got left back as his position only for the whole for the season. Benoit’s contract was extended till 2013 on 19 August 2009. In the 2009-10 season Tottenham registered a 2-1 victory against Liverpool and Benoit scored his first career goal. As far as the 2012-13 season he has scored up to his fifth career goal. He was loaned to Queens Park Rangers for a season-long deal on 2 September 2013. Apart from his club career, Benoit is a also the part of World Cup standard Cameroon National Team. He made his debut in the national team on 11 February 2009 in a friendly match against Guinea.

When it comes to romantic relationship, Benoit is a keeper. He is still with his 8-9 years long girlfriend. In an interview to give to ‘The Guardian’, he said that football is his job rather than pa s sion. His blunt comments have often created controversies.

Assou-Ekotto got in the headlines once for having a comment made about Man U player Wayne Rooney. The news was translated from French football magazine and it said that Benoit agreed to Rooney being ‘dirty prostitute sh***er’. He later said that it was translation alterations.

Assou-Ekotto has a market value worth 5,000,000 Euros.  His annual salary is not revealed though. Among his awards and achievements falls the UEFA Intertoto Cup: 2005 he won with Club RC Lens.  He is a well built multi-race player with Cameroonian and French nationality. He has a height of 1.80 m and an appropriate weight to it. He plays as a left back defender.