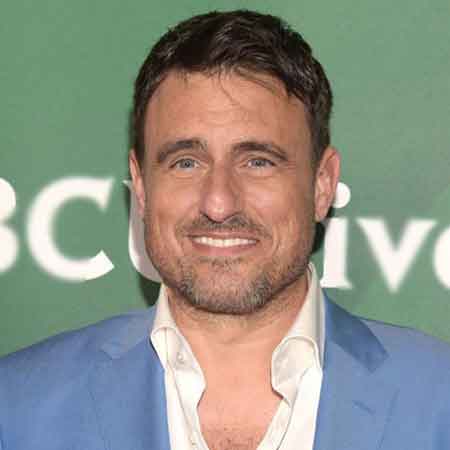 Ben Kold y k e was a teacher and football coach who eventually turned into an actor. No hard feeling as the American actor is leading a marvelous acting career. He appeared on the popular series like Big Love, How I Met Your Mother, Back in the Game, and many more. Kold y k e, however, is best known for his performance in the American sitcom Mr. Robinson aired on NBC. In 2018, she was a cast in comedy series Silicon Valley.

After completing high school, Kold y k e went to Choate Rosemary Hall, a college preparatory private institute. Then he went to Dartmouth College, New Hampshire where he graduated with a bachelor's degree in English in 1991. In his college days, Kold y k e played a quarterback for the football team.

Ben Kold y k e began his professional career as a high school English teacher and a football coach in Chicago. Later, he changed his base and tried his luck in acting. He starred on the TV pilot Boldly Going Nowhere but the show wasn't picked.

Kold y k e then ended up starring in the HBO television drama series Big Love. In the series, he played the recurring role of Dale Toma s son. Also, he portrayed the role of Don Frank in the CBS sitcom How I Met Your Mother.

In 2012, the actor appeared on the lead role of Lee Standish in the ABC sitcom Work It. The following year, he appeared on another ABC sitcom Back in the Games along with the co-stars Maggie Lawson and James Caan.

The actor was cast in the historical drama-thriller film The Finest Hours in 2016. Kold y k e played the role of Donald Bangs. The movie was directed by Craig Gillespie and features popular actors like Chris Pine, Casey Affleck, Holliday Grainger, Ben Foster, and others.

Recently, he starred as Ben on the satirical television series Silicon Valley.

So far, Ben Kold y k e is leading a prosperous career. From his incredible acting skills, the actor is earning an attractive amount of money. According to Celebrity Networth, Kold y k e has a whopping net worth of $7 million.

Here is the list of some of his movies box office earning and cast members. Have a look:

The actor Ben Kold y k e was married to American actress Maggie Lawson. The couple tied the knot back in August 2015. The wedding ceremony was held in Las Vegas, New Mexico in the presence of their friends and family.

But things didn't go well between the two and his then-wife Lawson filed for divorce in early 2017 citing irreconcilable differences. After the divorce, he doesn't seem to anyone.

Kold y k e is very active on Instagram and doc u ments his personal life and is seen spending quality time with his near and dear one.