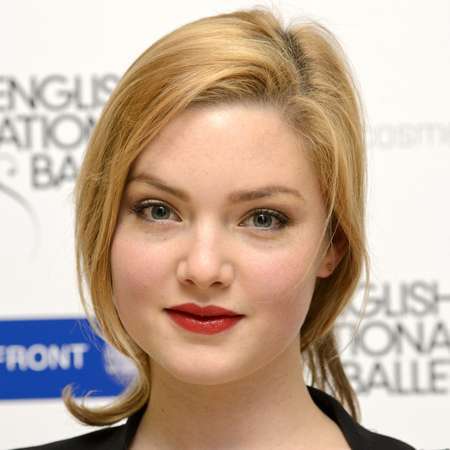 Holliday Grainger is one of the remarkable actresses of all times. She is also considered as an English screen and stage actress. She is a famous actress who has been able to charm the glamorous world of movies and TV series with her gorgeous looks and her fantabulous acting skills. She was born on March 27, 1988. She is 27 years old right now. She was born in Didsbury, Manchester which lies in the United Kingdom. Her nationality is British and her ethnicity is English, some Italian. Her mother's name is Gian Grainger. There is no information available about her father and her siblings.

Holliday Grainger finished her schooling from Parrs Wood High School in 2006. She started college in 2007 with English literature from the University of Leeds. But then she chooses Open University from where she graduated with a first class honors degree. She started her career in the TV at the very young age of six years old when she first appeared in the BBC comedy drama series, All Quiet on the Preston Front in 1994 with the role of Kristy. She was a very famous child actor of her time. She started her career in the films with her debut film Awaydays with the role of Molly Carty in 2009. She also performed in the theatre in the drama Dimetos with the role of Lydia in 2009 in the venue Donmar Warehouse, London. She has been proving her fans with super hits films and TV series since then.

From 2011-13, Holliday played the role in the TV series The Borgias along with Jeremy Irons, François Arnaud, Lotte Verbeek, and David Oakes.

The actress has been a star in the TV series Strike sharing the screen along with Tom Burke.

Holliday Grainger's Net Worth And Earnings

Holliday Grainger has landed a number of iconic roles in both movies and TV series. As of 2019, she has an estimated net worth of around $5 million.

Holliday Grainger is not married yet but is dating her boyfriend Harry Treadaway. It has also been reported that the power couple has been together since Jan 2015. Unlike other couples, they rarely seen spending time together.