Ben Higgins and Jess Clarke are set to get married! Yes, the Bachelor alum, and his girlfriend are engaged after dating for more than a year.

The bride-to-be, 24, took to Instagram on Sunday, March 28, to announce that the television personality, 30, popped the question to her and she said "Yes".

Alongside a photo of Higgins getting down one knee to propose her for marriage, she wrote,

I don’t remember everything you said, but I know that I said yes. I woke up in a dream today and I get to live in this dream every day from now on (eeeep)

Here's the photo from the romantic proposal, check it out. 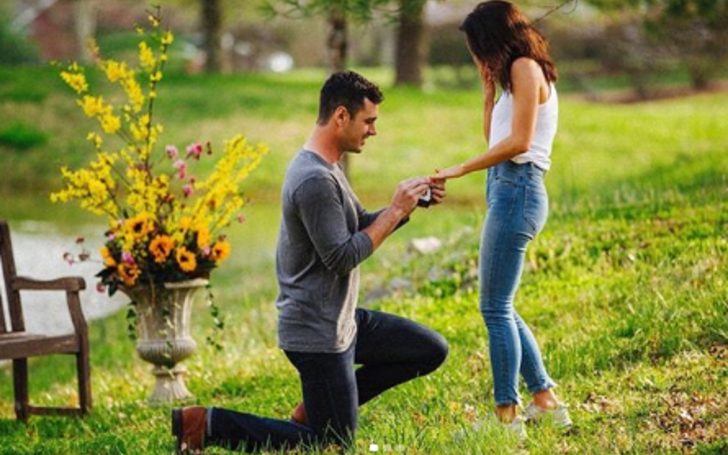 The couple made their relationship official via Instagram in February 2019. The reality star revealed this January that he would "definitely" propose his girlfriend in 2020.

Due to the coronavirus pandemic, the newly engaged couple have been together on this quarantine period at his family’s home.

A few days ago, Higgins shared with his fans that social distancing together is helping them to get closer and to plan for marriage.

Higgins was previously engaged to Lauren Bushnell. The former couple met and became engaged during season 20 of The Bachelor in 2016. The two called it quits in May 2017.