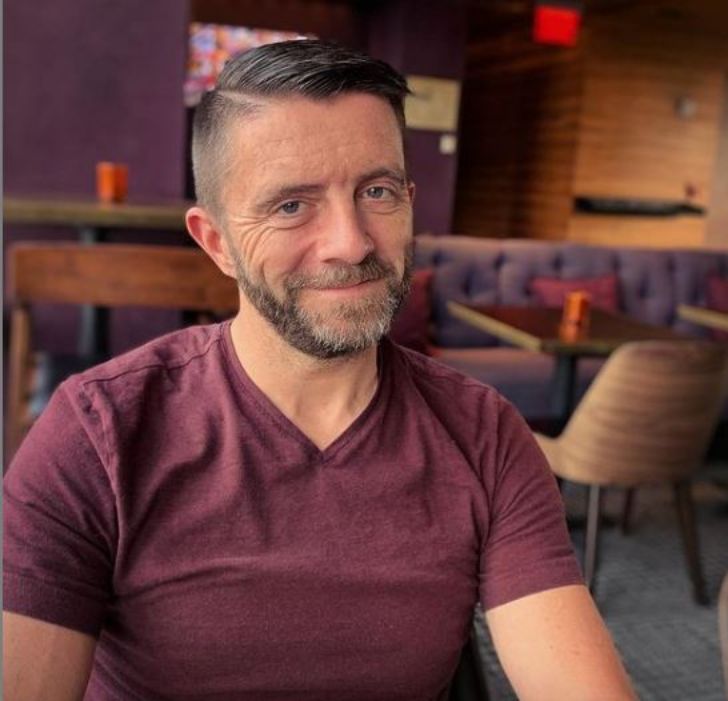 Lovers of blades probably are aware of the reality TV series Forged In Fire, where bladesmiths would compete for recreation of historical edged weapons. An English bladesmith, jeweler, and metal artist, Ben Abbott became media attention as the 2-time Forged in Fire champion and later landed into the series on its judge panel.

No doubt, his immense skills as a bladesmith and a passionate interest as a perfectionist became the root of his adamantine career.

Where Is Ben Abbott From? Age and Height?

Abbott is from the United Kingdom, born to English parents, hence holds English nationality. He was born in 1973 and currently is 48 years old as of 2021. Though, the exact date of his birth remains under wraps.

Ben Abbott has a height of 5 feet 7 inches.

Reportedly, he later moved to the United States, where he currently resides. However, further details on his family background or his early life are yet to be out. He has a slight British accent.

Two-Time 'Forged In Fire' Champion- What Drove Him To Became A Bladesmith?

Ben Abbott came to media fame in 2016 as a contestant in Season 2 (ninth episode) of the History channel reality show Forged In Fire. In the series, bladesmiths compete in a three-round elimination contest to recreate historical weapons, evaluated by a panel of judges, and thus choose the winner.

Ben forged "the Khanda Sword” in the challenge and became the Forged in Fire champion.

Later, he would compete with previous winners Matthew Parkinson, Salem Straub, and Burt Foster, during the Forged in Fire: Champions Edition in the first episode in Season 3 (2016 fall) and became the winner again, totaling 2 championships title. 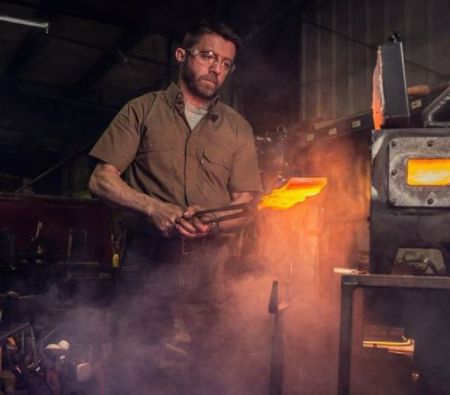 CAPTION: Ben Abbott won Forged In Fire for 2 times before he became its judge in Season 4 SOURCE: [email protected]_ben

Raised in England, Abbott considers bladesmith as his dream job and has been making blades since his teens. At the age of 13, after seeing arms and armor in museums and castles, Ben became fascinated with the craft. However, being unable to buy those, he attempted to forge blades by himself that led to his career as a bladesmith.

By the time, Ben Abbott reached 17, he expanded his work in knives along with ornamental ironwork, jewelry, and furniture.

Judge Of 'Forged In Fire'

In 2017, Abbott debuted as a judge in the panel of Season 4 of Forged In Fire, following the departure of Jason Knight. Ben served as the judge in the reality series in further 4 seasons, which has a total of 8 seasons so far; Season 8 premiered on November 18, 2020.

In the series, he would occasionally replace J. Neilson, a knife and sword expert, who is also a Master Smith within the American Bladesmith Society (ABS). Other judges include David Baker (a Hollywood prop maker) and Doug Marcaida (an edged-weapons specialist &  U.S. military contractor).

With such an eminent career as a bladesmith and a TV personality, Ben indeed sums up a great sum of money. As of 2021, Abbott has a net worth of 300,000. Aside from works on blades, he expertise as a jeweler and metal artist.

Reportedly, the winner of Forged In Fire after a three-round elimination contest receives an overall $10,000 prize money. So as the 2-time champion, Ben took home $40,000 in prize money. Moreover, he runs an online business Ashgrove Forge, where he sells recreated custom-made knives with historical value.

Generally, a custom-made knife costs $500-$1,000 but can go way up to 5-digit and 6-digit figures, depending on the details, materials used, and quality.

Ben Abbott Has A Son- Is He Married or Dating?

The Forged in Fire champ-turned-judge indeed is in a relationship but is not married or has a wife so far. Currently, Ben is dating Heather Rabun, a girlfriend-turned-fiance. Abbott's fiance Heather is a dancer and choreographer.

Reportedly, they are dating since July 21, 2018, as per Heather's Instagram post of July 23, 2020, where she stated 'two best years of my life loving and being loved' by Ben, adding up July 21 as their anniversary.

Together, they welcomed their baby boy, Alden James Abbott, on October 12, 2020,  confirmed via Instagram after a few days of arrival. 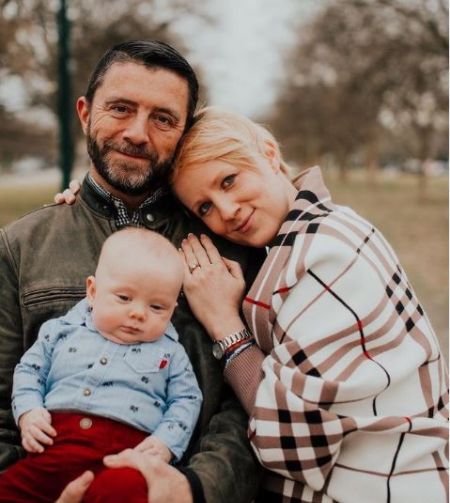 CAPTION: Ben Abbott is the father of a son with his fiance Heather SOURCE: [email protected]

For the family, the happiness shower was yet to stop, as, after 3 years of relationship, they got engaged in February 2021. Ben Abbott proposed to Heather with a rose-cut diamond ring on one knee down; and shared the pictures of the memorable moments on Instagram. 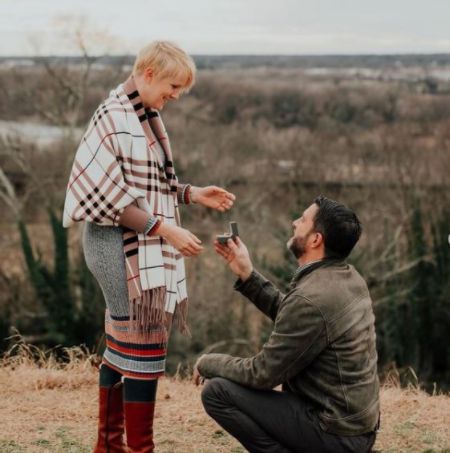 Currently, the family of three lives in Richmond, Virginia. They also have a pet dog named Willow.

Both of them are avid users of social media, especially Instagram. Ben Abbott's IG account @abbott_ben has more than 95.5K followers, while his fiance has 2.8K followers on her Instagram (@dancinheather).