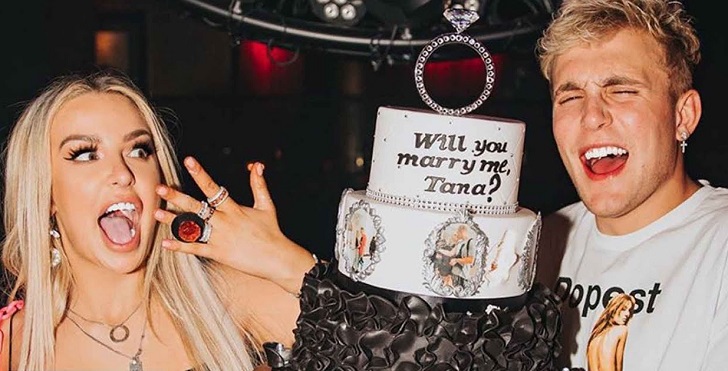 Bella Thorne’s Ex Tana Mongeau Is Now Married To YouTuber Jake Paul After Being Engaged For Only A Month.

American television personality and rapper Tana Mongeau, who came into the spotlight for being in a relationship with Bella Thorne, is now a married woman.

Last month, in June, Tana announced that she got engaged with Jake Paul, but now they have already tied the knot. It seems like the duo could not wait to get hitched!

Tana shared a series of pictures writing 'bet you didn't think we'd be engaged for this long... #ThePauls.

The first image reflected the pair intimating embracing each other when she flaunted her wedding bands for the camera.

Jake also took his Instagram to upload pictures from their side of the road nuptials where he tagged the location: Marriage Today.

They were seen walking down the road holding the sign: Mr and Mrs.

Well, Tana and Jake have only been dating since April and now has been married happily.

ALSO SEE: YouTuber Tana Mongeau Opens Up about her Break Up with Somer Hollingsworth-Reason, Are they Back together?