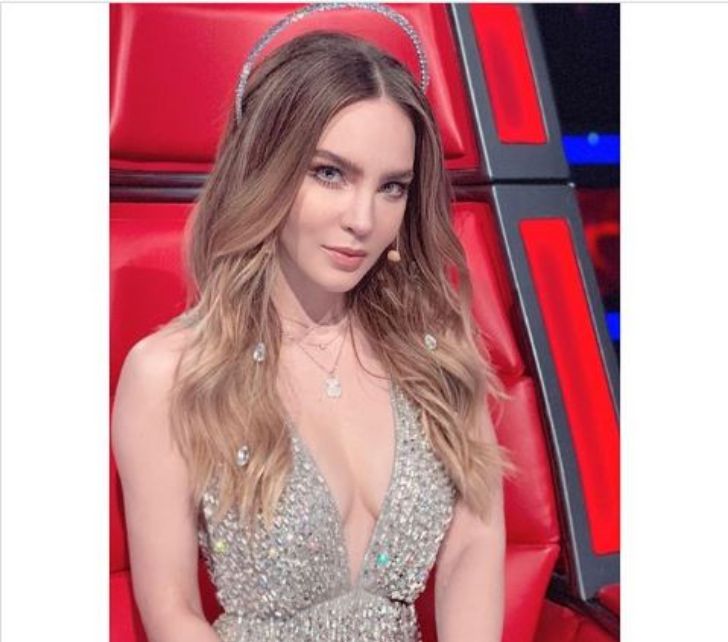 Along with her music career, the 2-time Grammy-nominated singer Belinda Peregrin stood neck to neck with her acting career when she made her debut in 2001. The Mexican-born singer/songwriter, as well as an actress, started her career as a child actor & through commercials at 10. By her teenage, Peregrin made a professional debut as singing and has since released hit albums: Belinda Peregrin (2003), Utopía (2006), and Carpe Diem (2010).

Birthday And Family Background- How Old Is Belinda Peregrin?

Peregrin was born Belinda Peregrín Schüll on August 15, 1989, in Madrid, Spain. At the age of 4, her family moved to Mexico City, Mexico, where she grew up with her younger brother Ignacio. As a result, Belinda holds Mexican citizenship. 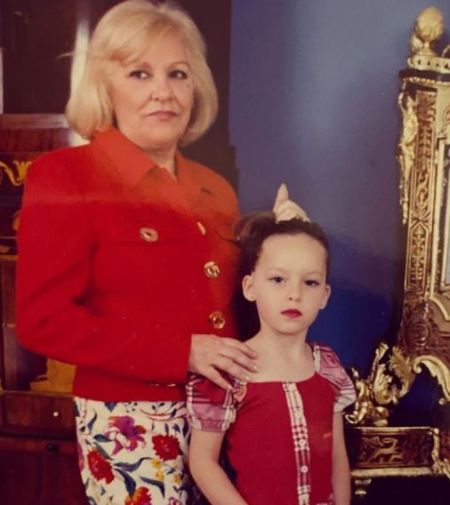 She comes from a mixed ethnic background- her father Ignacio Peregrín Gutiérrez, a factory owner is Spanish while her mother Belinda Schüll Moreno is Spanish-French. Reportedly, the Déjate Llevar singer's late maternal grandfather Pierre Schüll was a bullfighter.

The Mexican singer whose debut album Belinda, sold more than 1.1 million copies, enjoys a blissful love life aside from career success. Currently, she is in a relationship with her boyfriend, a Latin Grammy Award-winning Mexican singer Christian Nodal, who is more of her fiance now.

Reportedly, the couple began dating in 2020 but confirmed their ongoing relationship rumors with a green tick in August 2020. After a year of relationship, they got engaged in May 2021. 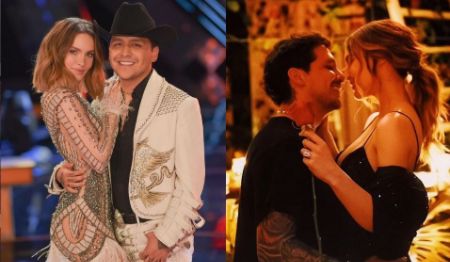 The engagement took place in an exclusive restaurant in Barcelona, where the Caborca, Sonora-born singer proposed to Belinda with a diamond ring worth $3 million, as reported.  Shortly after, the founder of Joy Music made an Instagram post flashing her ring and stated that 'Christian made her the luckiest woman.'

Both of them are avid Instagram users and mentions each other on their social media. As of 2021, Peregrin's Instagram account (@belindapop) has more than 13.7 million followers, while Nodal's Instagram (@nodal) has a fan-following of 7.3 million.

While many celebrities tend to find love without any issues of the split, some have to go through a deserted path. And for Belinda Peregrin, she has gone through heartbreaks in the past- it is said break-ups are hurtful but make one wise.

According to Celebrity Net Worth, Belinda has a $10 million net worth in 2021. Professional since 2000, Belinda Peregrin grabbed extensive success as a singer and actress, which indeed became the main source of her income.

But also her side business collects her a considerable amount of money too. Widely famous as the lead cast of Camaleones (2009-10) starring late Edith Gonzalez who died at 54, Guillermo García and Cantú Alfonso Herrera, the Mexican star has served as the face of multiple brands.

Moreover, on her Instagram, she endorses products such as Wonu (vitamin supplies), Nutricia, TOUS Jewelry, and  Josefina_byVeroSolis (hand-made clothing). As per Influencer Marketing Hub, Belinda can earn $27,108 - $45,180 per sponsor post via her Instagram. 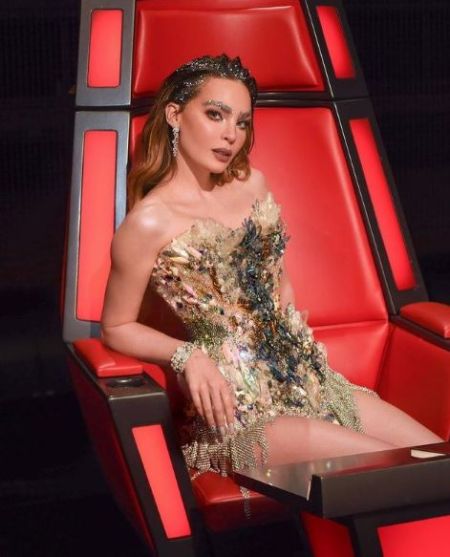 Since 2019, she is serving as the coach of The Voice franchise, La Voz Senior, a singing reality show alongside Yahir, María José, and Ricardo Montaner. She was also the coach of La Voz Kids (2021).

She is the founder of a music promotion company called Joy Music. In partnership with her brother, the brunette with green eyes opened up a luxury karaoke bar, La Chismosa Canta Bar (The Gossip sing and bar) in Mexico, which has other 2 locations in Mexico.

Her debut album Belinda released in 2003, with famous singles such as  "Lo Siento" and "Vivir". Then, she released further 3 studio albums; of which Utopía (2006) and Carpe Diem (2010) became Mexico Platinum and Mexico Gold certified respectively. Her fourth album Catarsis (2013) sold 25,000 copies in the United States.