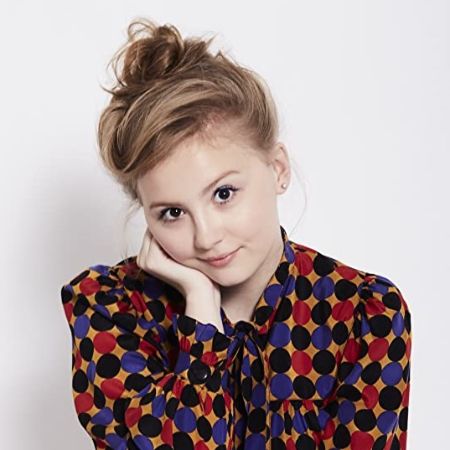 Bebe Wood was born on 8th August 2001, in Kansas City, Missouri, United States. She belongs to white ethnicity and holds the American nationality.

The actress has not much shared of her early life and education. She was just a small child when her parent took her to England on vacation where they watched a drama Chitty Chitty Bang Bang at London Palladium. She became fascinated with acting ever since and not surprising anyone, she started her journey at a young age.

Started Acting Journey At The Age Of 10: Movies And Television Shows

Bebe Wood started her career as an actress while she was only 10 years old from the 2011 television series Submissions Only. The next year, she worked as Shania Clemmons on the TV show The New Normal along with Justin Bartha, Andrew Rannells, and Georgia King. 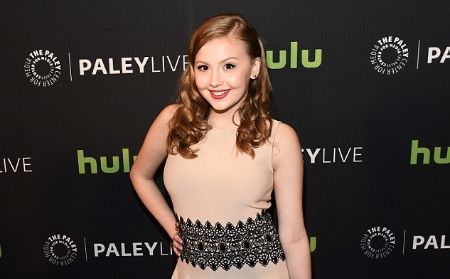 Bebe Wood at the premiere of The Real O'Neal SOURCE: Shutterstock

Later she made her feature film debut from the 2014 movie A Merry Friggin' Christmas and shared her screen with  Joel McHale, Lauren Graham, and Clark Duke.

In 2019, she appeared in the movie Boy Genius (Emmett). Her series Love, Victor will be releasing on 19th June 2020. In this series, she will be seen along with Michael Cimino, Mateo Fernandez, and George Sear.

How Much Net Worth Has She Collected From Her Career?

The 18-year-old actress has been working since she was 10 years old. From her career, She has an estimated net worth of $2 million as of 2020.

The average salary of an actor is around $50,000 per annum and voice actor earns around $95,742 per year. So being both actress and voice actor she has earned a pretty well salary from her career.

Is Bebe Wood Dating Any One Officially?

Bebe Wood is currently single and not dating anyone officially, as of 2020. The teen actress is focused on her career rather than getting attached to anyone romantically. 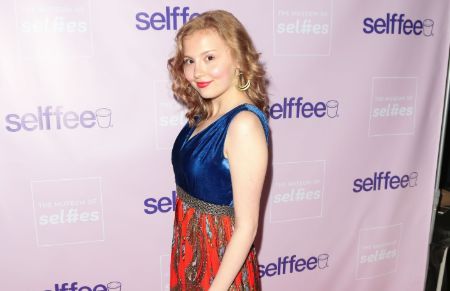 Bebe Wood at the grand opening of the Museum of Selfies SOURCE: Getty Image

The actress is quite active on social media and has posted many pictures on her Instagram. But there is no trace of her boyfriend or relationship status. Just like any normal teenage girl, she loves to travel, read books, hanging around with her friends.

She is an avid music lover and posts many pictures playing guitar and electronic piano.