BBC News' Kasia Madera has a Son,Who is the Father of the Child? Details About Her Married Life and Relationship History! 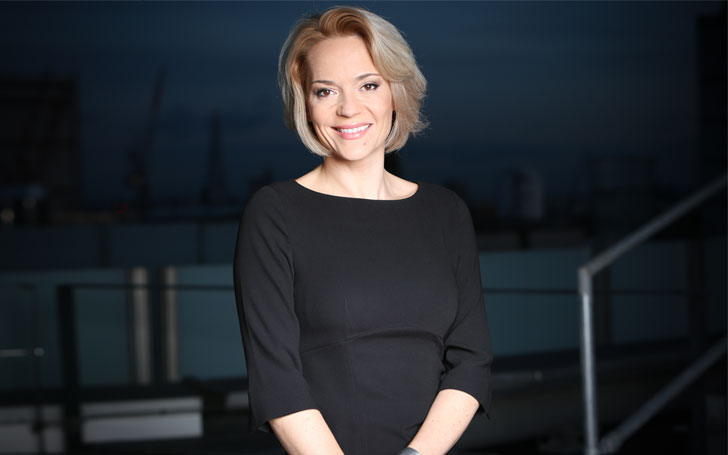 madera" target="_blank">Kasia Madera who currently presents evening and overnight bulletins on BBC News and BBC World News rose to limelight through her BBC career. Madera's professional life is open book for all, unlike her personal life. Fans and followers, whether of Hollywood celebrities or news reporters, want all the locked away personal life details!

Madera has a son, George, who is six years old. Who is the father of the child? Is she married? Or she is single? We have answers to all the mystery here.

Is Kasia Madera a Single Mother? Who is the father of her son George?

Forty-one years old British journalist who covered Polish parliamentary election in 2007 and again in 2015, Kasia Madera, has managed to keep her personal life under wraps. Though the News Presenter is 41 she hasn't come open about any of her romantic relationships till date.

As an exception to her only professional posts on social media rule, Kasia shared a picture of her newly born son, George, on her Facebook post on 21 November 2011. She gave birth to her son on 3 October 2011. Kasia Madera hasn't revealed the details regarding her son's father.

Kasia Mader is possibly a single mother. She could be dating or even married and keeping the information private because she doesn't like media talking about her personal affairs. Currently, BBC News Presenter Madera lives in Hammersmith, west London.

Kasia Mader joined the BBC graduate program in 2002. She started her career hosting 60 Seconds- BBC's Three's youth-oriented news bulletin. She then hosted E24 -the round-up of the day's entertainment and celebrity news.

Making my #BBCOS debut tonight. Leading with the secret vote on #Zuma. Hope you can join me at 19 & 20GMT, 21BST. Also at 19BST on @ BBCFOUR pic.t witter.com/lBboRI4yCz

During her career, Mader has covered a wide array of news, from European Elections in 2014 to Polish Air Force Tu-154 crash in Russia in 2010. She currently presents evening and overnight bulletins on BBC News and BBC World News.