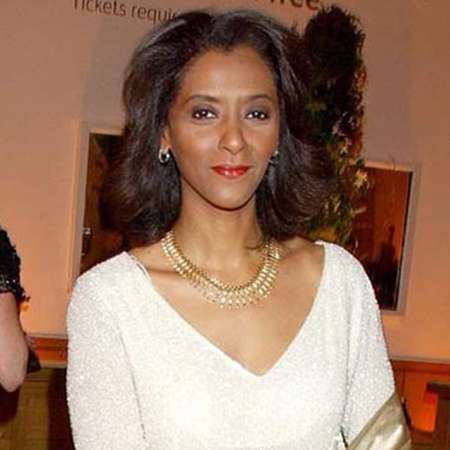 Zeinab Badawi is a Sudanese-British TV and radio journalist. She was the first presenter of the ITV Morning News and was a co-presenter for Channel 4 News with Jon Snow (1989–98), before joining BBC News. She worked as the presenter of World News Today broadcast on both BBC Four and BBC World News, and Reporters, a weekly showcase of reports from the BBC.

Zeinab Badawi was born on 24 November 1959 in Sudan. The Sudan-born Journalist had a very educated and open-minded family background. Her both father and mother were educated. In fact, her grandmother, who if had lived till date would have been already 100 years but was literate.

Her father Mohammed-Khair El-Badawi, an editor in Sudan Newspaper, was involved in pre-independence politics in Sudan. Babikir Bedri, a revolutionary person who pioneered in bringing female education to Sudan was her great-grandfather. Al Ahfad University who educates females from all parts of Sudan is run by her family line.

Although she was born in Sudan she migrated to London at the age of 2. Being born into literate family education was always her first priority. She was always fascinated by reading in top universities of the world as she explained in one of her interviews that most of the aunts she met in her family had done Ph.D. from several top Universities.

She added in her interview that it was always a matter of surprise when she saw females not given chance to study in other families because she had a full literate family. The BBC journalist now then wanted to be a doctor.

Her father was an editor in Sudan and later while in London her father got into BBC Arabic Service. Slowly she started to realize that media is the most powerful weapon in this generation and she decided to choose to be a journalist than a doctor.

Badawi went to Hornsey High School for Girls in North London and studied Politics, Philosophy, and Economics at Oxford University at St Hilda’s College. She did her master’s degree in Politics and Anthropology of the Middle East at the School of Oriental and African Studies (SOAS) affiliated with the University of London. She graduated in the year 1989 with distinction.

Starting from the year 1982 till 1986, Badawai was positioned as a researcher and broadcast journalist for Yorkshire TV. She also did some work on BBC Manchester. In the year 1988, she joined Channel 4 News and remained there till 1998. That same year she joined BBC as a reporter and presenter for Westminster live political programs. Badawi also worked on BBC radio.

She started presenting news in The world on BBC Four, which is the UK’S first daily news bulletin which was rebranded as World News today and also airs on the BBC World News channel. Badawi presents the BBC interview show Hardtalk regularly.

In addition to her prevailing roles in BBC, she also has presented on BBC News at five and BBC News Channel. She is the council member of the Overseas Development Institute and she also has been the advisor to the Foreign Policy Centre.

There is not much of her dating history but she shares a happily married life with her husband in late 2000. But recently it is informed that she has been divorced from her husband. They have 4 children out of which two are a son and the rest are daughters.

She is a journalist and newsreader so whenever she is in the media she is seen in very formal dress-ups.

She has not disclosed her net worth or salary but she is one of the highest-paid in the BBC Service.

She is one of the renowned journalists of BBC and has already secured a huge margin of success and with her same capacity and dedication, she still can go long way ahead.

Zeinab Badawi has been named as international TV Personality of the Year in November 2009 in the Annual Media Awards which is organized each year by the Association for International Broadcasting. On July 21, 2011, she was awarded an honorary Doctorate of Letters by the School of Oriental and African Studies (SOAS).

Since 2004 she has been the trustee of the British Council and the National Portrait Gallery. She is the chairperson and founder of the Africa Medical Partnership Fund (AfriMed).