Bayan Zehlif, a student wearing a hijab, incorrectly identified as an ''Isis'' 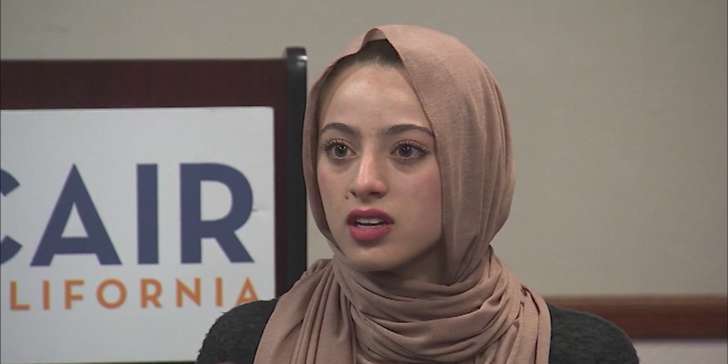 A California high school student discovered a harsh mistake when she received her high school yearbook on Friday 6 May. The Muslim teenager, who wore a hijab for her yearbook photo, was wrongly identified as 11th grader "Isis Phillips", when her actual name is Bayan Zehlif. She was inaccurately distinguished as 'Isis'. Eleventh grader, Bayan Zehlif, said on Facebook that she was 'to a great degree disheartened, disturbed, hurt and humiliated' that her secondary school's yearbook was 'ready to escape with this'. Further, she added “Apparently I am ‘Isis’ in the yearbook. The school reached out to me and had the audacity to say that this was a typo. I beg to differ, let’s be real.”

In any case, Trevor Santellan, a student at the Rancho Cucamonga secondary school who worked on the yearbook, demanded the inaccurate recognizable proof was an innocent misstep. Santellan told the New York Daily News, by means of an immediate Twitter message, that the school really had an understudy named Isis Phillips. "We have grounds of 3200 understudies. There will be flaws," Santellan said. He included that he trusted Zehlif's response was "out of extent."

"If anything, she's being racist against herself since she misjudged it and not us," he proceeded. "Since we considered it a lovely name that guardians provided for a child. She clearly didn't." While the name Isis was at one time a famous name among child young ladies, it is presently broadly considered as the acronym of the Islamic State terrorist bunch, The Los Angeles Times noted.

As per the Daily News, the yearbook board of trustees offered Zehlif an expression of remorse online, however, did not clarify how the misstep happened. "It is our obligation to speak to the understudies of Los Osos High School and by mislabeling and giving the wrong name, we neglected to do as such," the conciliatory sentiment expressed. "We ought to have checked every name deliberately in the book and we had no goal to make this misunderstanding...We are at present working as a team with the school and region office to cure this circumstance."

Los Osos Principal Susan Petrocelli likewise issued a statement of regret by means of Twitter. "LOHS is making each stride conceivable to redress and research a lamentable misprint found in the yearbook. We genuinely apologize," she tweeted.

Beside of all the apologies she and her family suffered from psychological and emotional distress because well as the humiliation of being associated with a group as dangerous as ISIS. Since she is not a celebrity her information including her family, net worth is not mentioned on the internet.