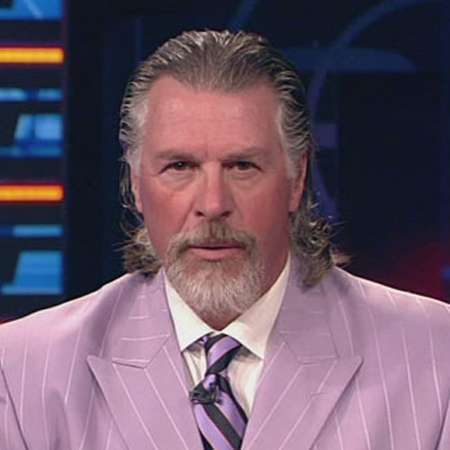 Barry Melrose is a former ice hockey player, broadcaster and head coach of Canadian American nationality who has played in the World Hockey Association (WHA) and the National Hockey League (NHL). He is known best for being the head coach of the Los Angeles Kings. He has also been seen on various films and on television. He was born to mother Norri Melrose and father James Melrose on the 15th of July, 1956.

Melrose was born in Kelvigton, Saskatchewan and began his hockey career in 1974 as a defenseman in the WHCL with the Kamloops Chiefs. He played there for two years and moved into the Springfield Indians of the AHL. He moved to the Cincinnati Stingers in the mid-season and stayed there until 1979. He then joined the Winnipeg Jets for the 1979-80 seasons before moving into playing for the Toronto Maple Leafs and the Detroit Red Wings before his retirement. His final season was with the Adirondack Red Wings.

Barry Melrose played for Cincinnati Stingers, Winnipeg Jets, Toronto Maple Leafs, and Detroit Red Wings during his hockey career. He was drafted by the Montreal Canadiens in the 37th overall draft of 1976.

After his retirement, Melrose began coaching and his first coaching experience was with the Medicine Hat Tigers of the WHL. He coached the next, 1988-99 season with the Seattle Thunderbirds and then with the Adirondack Red Wings. He also coached the Los Angeles Kings next and has spent 13 years as an ice hockey analyst for the ESPN.

On 2008, the Tampa Bay Lightning called upon Melrose to become their head coach. Since September 2011 he has been acting as a contributor for the NHL Network. Apart from this, he has also appeared in several television roles. He has guest starred in Spin city, Slap Shot 2: Breaking the Ice, Mystery, Alaska and on Tony Robbins infomercials.

Barry Melrose is a married man. He and his wife Cindy Melrose have been married for some decades now. As per some sources, they are blessed with two children together. Their children are named Tyrell and Adrien. The family resides in Glen Falls, New York. The couple seems to be having a pretty good relationship together as there have not been any rumors of them having marital problems or about them getting a divorce.

Melrose has not been surrounded with rumors of being a gay or a bi-sexual yet. He has also not been known to be having an affair with any other girlfriend except his wife. The actual date from which they started dating and the actual date they got married has not yet been known. NHL players Wendel Clark and Joe Kocur are his cousins.

Barry Melrose, former professional ice hockey player, and a current Canadian-American broadcaster earn a good amount of money from his career. As of 2019, his net worth is estimated to be around $16 million. The information about his salary is not revealed yet.