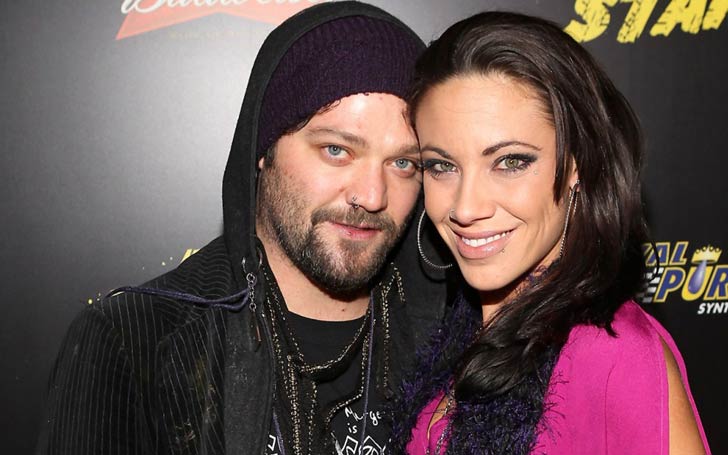 Bam Margera moved on quicker than anyone would've imagined after his separation from his first wife Melissa Rothstein in 2012. Margera got married to Nicole Boyd in 2013.

It's been many years since the Margera's second marriage and his marriage is going great so far. The couple is blessed with the beautiful family. Let's discuss on this marriage and the children here.

Bam Margera and Nicole Boyd have been married for four years and they are blessed with a child, a baby boy.

Well, so far both Bam Margera and Nicole Boyd are more than happy being together and they have a new reason to celebrate, they are a new parent. They welcomed their first son together on December 23, 2017. The couple revealed in September that they would name their son Phoenix Wolf.

The couple got married on October 7, 2013, and are doing great together. His wife, Nicole Boyd who is a graphic designer, model, photographer as she calls herself keeps posting pictures on her social media and it seems that they are actually enjoying their time as a couple.

Bam Margera says his wife is a source of constant motivation in his life. Now that they are set to welcome their baby boy who they have already named, their bond is only getting stronger.

The happy couple announced on June 19, 2017, that they were going to be parents for the first time with posting a photo on Instagram.

According to Bam Margera, the then-dad-to-be:

I said it and everybody liked it, so we stuck with that

They most probably chose the name Phoenix as they first met at Phoenix Theatre in Petaluma, California.

The adorable couple welcomed their bundle of joy on December 2017, and the happy father shared the news via Instagram to his fans.

Bam has always been pretty public about all his relationships. Margera was once engaged to Jenn Rivell, a divorced single mother.

The engagement couldn't turn into marriage, and they ended their relationship in 2005. A year later, Margera even filed for  "Protection from Abuse"  after Rivell allegedly broke into his house.

Margera then got engaged to his childhood friend Melissa "Missy" Rothstein in 2006. They got married on February 3, 2007, among 350 friends and family.

Things went wrong when he was hospitalized for four days of excessive use of alcohol in 2009. Later, he gave a statement saying, “I may get a divorce... booze helps”.

Margera with his first wife Missy

After a year, he told Howard Stern, he and Missy were already living in different cities and that she even knew that he was seeing some other women. Then the obvious happened as they announced their separation in 2012.