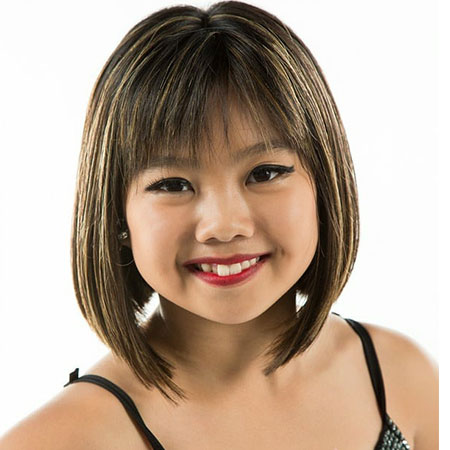 Born as Bailey Drew Sok, Bailey Sok is a young American competitive dancer and a social media personality. She has already worked with many major choreographers and big dancing crews at a tender age of 14. She came into the spotlight for her unique dance steps and moves.

Bailey Sok was born on 24th February 2004 in California, USA. She was born to mother Judie Sok, however, her father’s name is not revealed to the media yet. Bailey was born under the birth sign of Pisces that defines her personality to be creative, charitable, supportive, innovative, and charming. She is American as per her nationality and belongs to the Asian ethnicity.

Sok was raised up in her home town California with her two siblings Britney Sok and Kylie Sok. She was interested in dancing from her early childhood and started dancing from an early age. When she was 6 years old, she had already competed in several national dance competitions. She learned dancing from her dancing teacher Molly Long in her childhood.

Speaking about Bailey’s education, there’s not much information revealed into the media, however, it is stated that she has been attending her secondary level education.

Bailey was interested in dancing from her early childhood. She started participating in national dance competitions at the age of six and where she also started gaining audiences on YouTube videos uploaded by her mother.

She has already danced with several famous dancers in the USA. She has competed in several dance competitions from local to the world-wide famous reality dance shows. Notably, she participated in America’s Got Talent which brought her to the mainstream. Sok has worked with some famous American dance crews such as Buns and Roses and Dance Precisions. As of now, she is the part of the Just Plain Dancin’ Group.

Moreover, she was also invited as the guest judge in the famous TV show World of Dance 2018 along with the famous celebrities Jennifer Lopez, Derek Hough and, Ne-Yo. There she also performed a dance.

So excited for this!! #wodbay18 will be a guest judge and performing! See you all there! @worldofdance #worldofdance pic.twitter.com/eOoCxgJife

Bailey Sok's earnings and net worth are not revealed to the media yet, however, looking at her popularity and lavish lifestyle, we can speculate that she earns a good amount of money that makes a staggering net worth.

Bailey Sok’s Personal Life- Is She In A Relationship With Kenneth San Jose?

Bailey will be stepping in the 15th year of her life on 24th February 2019. She has not been in any relationship and affairs. Meanwhile, there were some rumors that she was in a relationship with Kenneth San Jose. Kenneth is also the part of her dance crew at Just Plain Dancin’.

They neither denied nor accepted the rumor so her relationship with Kenneth still remains a mystery. Bailey seems to be very dedicated and passionate about her dancing career. So is focused in her career rather than being in any type of relationships and affairs.

We have presented you a video which includes a short description of Bailey Sok's biography, career, and personal life.