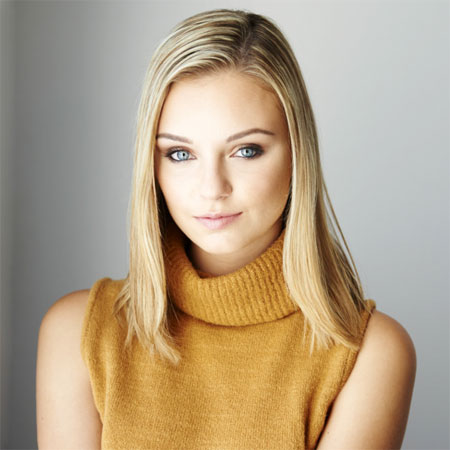 Aviva Mongillo is a Canadian actress and singer most known for her role on Backstage as Alya Kendrick. She is also known for her role in Don’t Talk to Irene which features other several stars including Geena Davis and Anastasia Phillips.

Besides, she is also involved in singing. Mongillo uploads several cover songs on her channel and has also released an EP, Songs About Boys.

Aviva Mongillo was born on February 6, 1998, in Canada under the birth sign Aquarius. She holds Canadian nationality & belongs to White ethnicity. She has a younger brother, Nicolas Mongillo who was born in 2001.

When Mongillo was just ten, she got into the field of music and began taking guitar lessons at the age of 12. The talented actress began her professional career in the field of music. She enrolled in acting and drama classes before taking guitar lessons. She also went to art classes where one of teacher encouraged her to pursue a career in acting.

Regarding acting, She made her debut in 2016 in the Canadian TV drama and performing art series, Backstage as Alya (singer and songwriter). The series starred Devyn Nekoda, Alyssa Trask, and Julia Tomasone.

#BACKSTAGE is officially wrapped. I fell in love with Keaton School of the Arts and I hope you will too when it comes to life in the spring. Also, a huge thank you to the cast and crew for making this summer the best one yet.

The following year, she appeared in Pat Mills' comedy film, Don't Talk to Irene. She shared the screen with Michelle McLeod, Michelle McLeod, and Scott Thompson. As of 2018, she is working in the upcoming movie, Flarsky with Seth Rogen, Charlize Theron, and Andy Serkis.

Besides, Mongillo is also involved in singing. She signed a contract with Cardinal Point Music and in 2017, she released her EP, Songs About Boys.

Additionally, she played the lead male title role in a production of Pippin. Her song Hype has earned more than thousands views on YouTube. She also made several famous cover songs like Thinking Out Loud by Ed Sheeran, Heart's ON Fire by Passenger, and When We Were Young by Adele among others.

Besides, she also a self-titled YouTube channel where she posts several cover songs. As of 2018, her channel has over 16k subscribers and thousands of views.

Aviva Mongillo's Net Worth And Salary

Aviva Mongillo has an estimated net worth of $thousand, however, the amount is still under review. Mongillo is earning an impressive amount from her multiple careers.

According to some online sources, a TV star averagely earns a salary that ranges from $150k to $1 million. She played the lead male title role in a production of Pippin. Also as a singer, her song "Hype" has earned over 300,000 views on YouTube.

Started her acting career at the young age, she has played the role of Alya Kendrick in the Canadian performing art series, Backstage. She has appeared in the movie, Don't Talk To Irene.

Besides her acting career, she is also a rising music star. She has a recording contract with Cardinal Point Music and released her debut EP Songs About Boys on September 15, 2017.

Canadian actress, Aviva Mongillo is confidential when it comes to her love life and relationship. She prefers to hide it from the limelight and the media. With the limited information she has shared about her love life, it can be assumed that she might be possibly single.

The talented and young Albanian singer, Era Istrefi has a hand full of work. She is hardworking and ambitious which might be the reason for giving first priority to her works rather than involving in any serious relationships.

Previously,  The actress was linked to Josh Bogert, the multitalented entertainer from the Family Channel series, Backstage. They also made a cover song together and posted several pictures due to which her fans speculated that he is her boyfriend. The pair, however, has not confirmed anything yet. 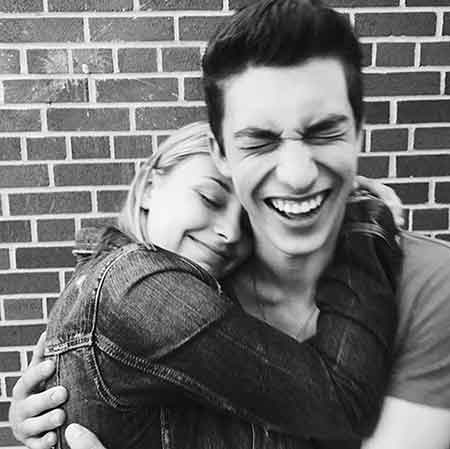 Scrolling through her Instagram account, she is a fun loving girl and loves to spend time with her friends.

Check out the interview with Aviva Mongillo: