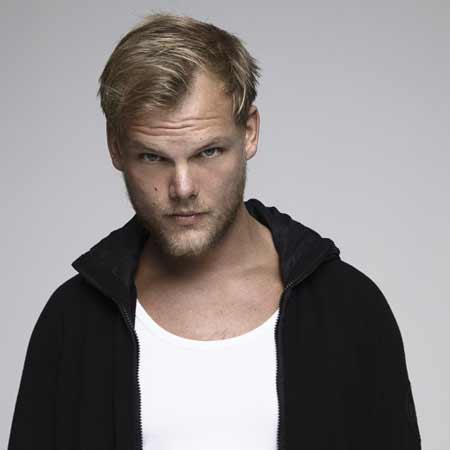 Born and raised in Stockholm, Sweden, Tim Bergling was best known by his stage name, Avicii. He was a musician, DJ, remixer and record producer. He started his musical career at the age of 16. Avicii rose to fame after the success of songs like "Levels," "Hey Brother," and "Wake Me Up". In 2013, his debut album, True reached top 10 in more than fifteen countries and topped the Australian, Swedish, Danish and US dance charts.

In 2016, Avicii retired from touring because of his poor health condition. He was found dead on 20 April 2018 near Muscat, Oman at the age of 28.

Avicii was born Tim Bergling on September 8, 1989, in Stockholm, Sweden to Klas Bergling and actress Anki Lidén. He was raised along with his three siblings, David Bergling, Linda Sterner and Anton Körberg, a half-brother who is an actor. Avicii had a keen interest in music since his early days.

Avicii started his musical career in 2009, he was a prolific producer and released the remixes Sound of Now, Muja, Ryu and Even. Later, he changed his name to Avicii because his real name was already taken while creating Myspace page. Avicii means "the lowest level of Buddhist hell".

In 2011, Avicii released a progressive house piece, Levels his breakthrough into the mainstream. Levels reached the top 10 in many countries like Austria, Belgium, Bosnia, Finland, Denmark, and others. Similarly, it topped the charts in Hungary, Norway, and Sweden. After a year, he launched a track, titled Sunshine in collaboration with David Guetta which earned Grammy nomination.

Avicii released his debut album, True. It consisted the international hit, Wake Me Up which has more than 1.5 billion (as of 2018) views on YouTube. He won his first award "Best Electronic" at the MTV EMA's and  American Music Award.

In January 2016, Coca-Cola partnered with Avicii for a global campaign anthem "Taste the Feeling" featuring Conrad Sewell. He also teamed up with Coldplay to co-produce the band's single Hymn for the Weekend. On March 19, 2016, he performed live at Ultra Music Festival and premiered his new IDs. At the end of March, he announced on Facebook that he would be retiring from performing live and touring in 2016. The reason for his retirement was his poor health condition.

Avicii announced the release of the documentary, Avicii: True Stories in September 2017. The documentary features the reason for his retirement from touring along with the interviews of his fellow colleagues,  David Guetta, Tiësto, Wyclef Jean, Nile Rodgers and Chris Martin.

In 2016,  Inc. magazine listed Avicii as the 6th fastest-growing company in Europe, with a revenue of €7.7 million in 2014. He purchased a house in Hollywood Hills in 2013 costing around $15.5 million. Avicii earned approximately $140 million during his career.

Avicii was quite secretive about his private life. During his lifetime, he was never linked to anyone. However, after his sudden death on April 20, 2018, his former girlfriend, Emily Goldberg posted a heartbreaking message about him.

“Come on babe, don’t give up on us. Choose me, and I’ll show you love.” Those are lyrics from a song Tim wrote for me. I wish I could have lived up to them. For the two years we were together, he was my closest confidante, and my best friend. Now I can’t look at Bear without knowing I’ll never see his face again. I’m still collecting my thoughts and thank you for all your kind words and texts. Wake me up when it’s all over, because I don’t want it to be real #ripavicii #avicii @avicii

As per some online sources, the duo first met in 2012 and dated for nearly two years.

Avicii was active in philanthropy. He collaborated with his manager and executive producer Ash Pournouri to start a campaign, House for Hunger. He has supported a thousand kids through his campaign. In an interview he said,

"You have to give something back. I am so fortunate to be in the position where I can actually do that. I feel lucky every day when I wake up and am able to do what I love and make a living."

He also supported the social cost relating to human trafficking and gang violence.

Avicii was hospitalized for 11 days in January 2012 because of acute pancreatitis which was caused by excessive alcohol use. After two years, he again was hospitalized and underwent surgery where his both appendix and gallbladder were removed.

By 2016, Avicii's health worsened and he subsequently retired from performing live. On April 2018, he was found dead near Muscat, Oman, while enjoying his holidays. He took his last breath at the age of 28 but no official reason has revealed regarding his death. However, Oman police stated that there is "no criminal suspicion" or evidence of foul found in Avicii's death.

Check out the interview of Late Avicii,