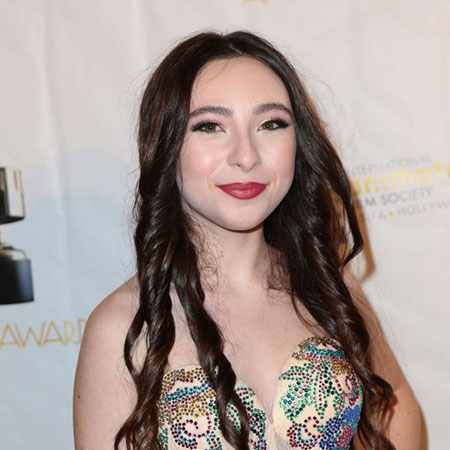 Young Artist Award winner, Ava Cantrell is known for her recurring role, Penelope in The Haunted Hathaways from 2013-2015. Besides, she has appeared in the popular movies and series like One Under the Sun, Above the 101, Lights Out, Cam Girls the series, Young Sheldon.  Along with acting, she is also involved in charity work and became a Celebrity Ambassador for Project Wildsong.

Ava Cantrell was born on 19th June 2001 in San Diego, California, under the birth sign Gemini. She belongs to American nationality and holds a white-American ethnicity/race. She graduated with a 4.4 GPA from the virtual school.

Cantrell started her career in 2008, appearing in several TV commercials, music videos as well as a short film. She began dancing at the age of 2 and was signed with a top Hollywood booking agent when she was 7 years old.

She made her acting debut, appearing as Penelope in the American television sitcom, The Haunted Hathaways from 2013-2014, and honored with 35th Young Artist Awards for her performance. She acted along with Amber Montana, Breanna Yde, Chico Benymon, and others.

In 2015, she worked in Not Safe for work as Sunny Scout, and Cam Girls the series as a lead role,
Brooklyn. Similarly, she made her big screen debut with the 2016 American supernatural horror film,
Lights Out as Teen Diana, starring Billy Burke, Maria Russell, Ariel Dupin, and others.

Furthermore, Cantrell’s other movie credits are One Under the Sun, The Passing, Ten Thousand Hours, I Will Love, Above the 101, Pals, and many others.

The talented teen star, Ava Cantrell has amassed a lucrative sum of money from her acting career. As of 2019, her exact net worth is still under review, however, some online sources estimated Cantrell’s net worth to be in million dollars.

Moreover, the average salary of child/teen actors ranges from $50 - $100 per hour which varies according to their role and performance.

Generally, she is also involved in several charitable organizations like the LA Mission as well as an Animal rescue center.

Ava Cantrell who is at the age of 17 (2019) is possibly single as of now. She is very busy building her career and does not have time to have a serious relationship and a boyfriend.

Besides acting, she is also interested in surfing and surf the beaches of San Diego. She also traveling and photography.

Let's check out the short interview of Ava Cantrell: