Australia's Nine Richest Man James Packer; How much is his total Net worth? Details of his Assets 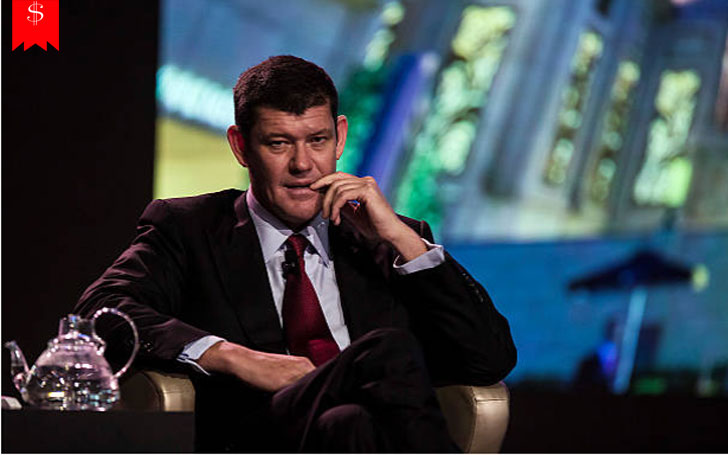 The casino mogul and major shareholder of Crown Resorts Limited, James Packer is the ninth richest Australian as of 2017.  He became an heir of $5 billion worth of empire after the death of his father, media tycoon Kerry Packer in 2005. Besides that, the business tycoon has made his own fortune from his smart investments.

So, what do you think how much net worth has James Packer accumulated? We have all the exclusive details of his sources of income, assets, and expenses.

Australian Businessman James Packer: Details Of His Networth And Sources Of Income

Packer's estimated net worth is $3.9 billion which makes him the ninth richest Australian as of March 2017. His net worth in 2016 was $3.50 billion (A$5.00 billion) being the seven richest  Australian.

Back in 2006, the billionaire made his name in the list of the richest people in the world after he earned the majority of his father’s wealth. He also became the richest person in Australia thrice, in 2006, 2007 and 2009 with the net worth of $5.20 billion, $5.50 billion and $3.10 billion respectively.

Packer, the Director of one of Australia's biggest entertainment and resort groups, Crown Resorts Limited, has earned huge part of his net worth from the profit of the company. His company Consolidated Press is the major shareholder of the Crown. The market capitalization of the company as per 2017 was more than A$8 billion, and in 2014, its capitalization was over $11 billion.

In the year 2009, the company faced the loss of $250 million after the failure of casino investment in Fontainebleau Resorts in the US. It also spent $242 million in Station Casinos.

During his service in One.Tel collapse which cost A$327 million. Later, Lachlan Murdoch and Packer made a deal of A$40 million for the One.Tel failure in 2014. Packer family's Consolidated Press Holdings paid A$14.93 million,  A$11.77 million was paid by Packer's Crown Resorts, and A$13.3 million was paid by News Corp at the time.

In 2010, he owned around 18% stake in Network Ten, however, by 2017, he has no any share in Network Ten after the implementation of CBS' restructure of Network Ten. Packer also invested A$80 million in sites like Scoopon and Catch of the Day in a partnership with Andrew Bassat, co-founder of Seek.com.au. and several other investors.

James Packer earned around $4.5 billion from his previous sales and dividends,

Reportedly, Packer earned around $4.5 billion from his previous sales and dividends which is 5.9 times his total investment.

He also established motion picture production company RatPac Entertainment with producer-filmmaker Brett Ratner in 2012. The first movie, Gravity produced by the company was a huge success. The movie collected over $100 million in its first five days.

In an interview with Forbes, the business tycoon also admit that her hefty loss amount of money in America due to a financial crisis which is estimated be around $US2.6 billion. Packer also lost around A$1 billion in 2007 from his Las Vegas casino investments. Packer also split his family empire with his sister Gretel Packer which also somehow caused the loss of his fortune.

The casino mogul owned houses in several parts of the world, however, he prefers to live in Aspen, Colorado as it is near to Los Angeles, where his children reside. Packer purchased the seven bedrooms, and seven bathrooms lavish property with a state-of-the-art kitchen, theatre room, bar, steam room, a games room, a cozy library in 2013 for over $20million with wife Erica Packer.

Most recently, he spent a wonderful holiday with his ex-wife Erica and three children Indigo, Jackson, and Emmanuelle in the estate.

Reportedly, he also sold his mansion in Sydney, La Mer for $70 million in 2015. As per sources, his ex-wife Erica received half of the price.

He also owns beachside bachelor pad in Bondi. He purchased the property in 1995 for $2.25milion its present price is $20million. Packer also rented the property for $7000 per week to car dealer Anthony Warren last year.

According to the Daily Mail, Packer is planning to sell his several properties in 2017 including three private jets of total worth $100million, luxury yachts including boat Infinity of worth $50million, Capital Golf Club in Melbourne of more than $67million worth.

He is also a huge fond of British sports cars. He drives stunning Aston Martin DB9 whose price starts from $200,000.

Packer's two divorces with the first wife Jodhi Meares in 2002 and second wife Erica Packer in 2013 cost him a hefty amount of money.

His marriage to Jodhi Meares in 1999 lasted for only three years and the Upside label founder Meares got three properties during the settlement including two-bedroom pad in Sydney's Paddington worth $900,000.

She later sold the property for $3.41 million. Parker also helped his first wife to purchase $2 million worth Point Piper apartment.

Packer and Erica tied the knot in 2007 in a lavish wedding ceremony of worth $15 million on the French Riviera. They got divorced in 2013. Erica received half of the fortune of the selling of their $70 million Vaucluse estate, named La Mer in August 2015. They brought the property together in 2013.

Prior to Meares, he was engaged to Kate Fischer, and according to some sources, Packer gifted her Bondi Beach property. Fischer sold the property for $2.85 million after 16 years.

Also read: Has Mariah Carey Moved On After Her Million Dollar Split From James Packer? Details About Her Engagement Break-Off And New Boyfriend!

Reportedly, his ex-fiance American R&B singer, Mariah Carey demanded Los Angeles pad of worth $50 million as the settlement as Packer made financial promised to her.

The couple got engaged in January 2016 as Packer proposed her with the 35-carat diamond ring with the hefty price tag of $10 million. The couple got apart in the same year.

Casino magnate is also popular for his generosity as he has been engaged in several charity works time and again. In the year 2014, he committed that he will donate $200 million to charity in installment within next ten years for the support of indigenous communities establishing National Philanthropic Fund along with sister Gretel Packer.

$100 million of the donation amount will spend for establishing a Community Partnerships, and Indigenous Education Fund and remaining is for creating a National Arts Fund.