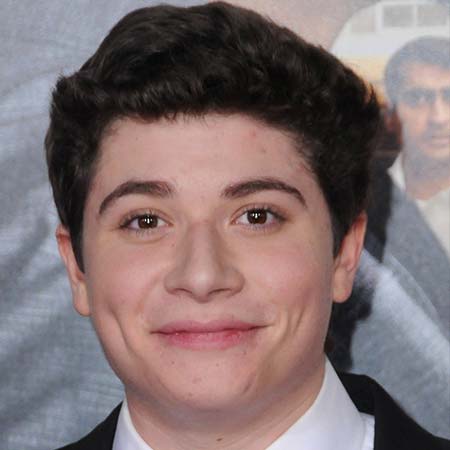 Austin Zajur is an American actor who has landed in a number of major roles in both movies and TV shows but the actor is predominantly popular for the exceptional performance he showcased in the comedy movie Fist Fight in 2017. He is also credited for his work in Countdown, The Carrie Diaries, TURN, and Mercy Street.

Austin Zajur was born on August 12, 1995, in Richmond, Virginia, Unites States. He is the son of Michael Zajur and Lisa Zajur. He spent most of his early days in his hometown Richmond along with his parents and did his schooling from there too. Information about his siblings is yet to be revealed.

Austin belongs to American nationality and regarding his ethnicity, the actor has a mixed ethnical background as his father is from a Zacatecas, Mexico while his mother, from Virginia, is of English, Irish, and Scottish ancestry.

Along with his family, Zajur moved to New York City to pursue his acting career.

Austin Zajur initiated his acting career by playing the minor role in the episodes of the 2008 mini-series John Adams. Similarly, he landed in the guest roles on a number of hit television shows including The Carrie Diaries, TURN, and Mercy Street.

In the year 2016, the actor got the role in the movie Delinquent. In the following year, he went on to join the cast on the 2017 comedy Fist Fight sharing the screen along with Ice Cube, Charlie Day, Jillian Bell, Christina Hendricks, and Kumail Nanjiani.

In 2019, Zajur appeared Canadian-American horror movie Scary Stories to Tell in the Dark along with Austin Abrams, Dean Norris, Gil Bellows, and more. He played the role in Countdown the same year.

Austin Zajur's Net Worth And Salary

Austin Zajur has collected a good amount of money which as per some reliable online sources can be believed to be around $0.5 million, in 2019. The actor's major source of income is his acting career.

In 2017, the actor was cast in the movie Fist Fight which was commercially hit earning $41 million worldwide. His latest role in a massive box office hit movie Scary Stories to Tell in the Dark also earned him further acclaim. The movie grossed over $75 million worldwide. As an actor, he is paid $51,000 a year.

Prior to movies and TV shows, Austin also featured in the commercial which is also the major part of his net worth. Moreover, the actor also owns a self-titled YouTube Channel with over 600 subscribers.

Austin Zajur is not married yet and has kept everything away from the mainstream about his love life, girlfriend, and dating.

The silence and stealth of Zajur at the dating game really became hard to pin down about his personal matters. As per his social media, however, it is found that actor is reportedly in a relationship with a girl Autumn Dial. But neither Zajur nor the beautiful lady has confirmed their relationship.

Austin Zajur likes Scooby Doo. His favorite food item is Burritos. He loves playing the drums and his favorite book is "The Alchemist".

He is also an avid animal lover who has three cats. He is also active on social media like Facebook and Instagram with thousands of followers.