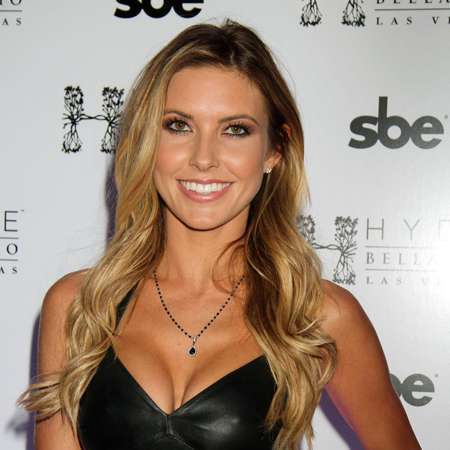 Audrina Patridge was born as Audrina Cathleen Patridge in Los Angeles, California, United States of America. She was born on May 9, 1985, which makes her 33 years. She was born as the daughter of Lynn (née Clelland) and Mark Patridge. She was raised in Yorba Linda, California. She belongs to English, Belgian, Italian, Polish, and German descent. Her nationality is American and has citizenship of the United States. She has three younger siblings Casey Patridge, Marky Patridge, and Samantha Patridge.

She made her first television debut from MTV reality television series The Hills as the spin-off of Laguna Beach: The Real Orange County in 2006 in which she appeared as the main cast. The show was on aired six consecutive seasons from 2006 to 2010. Later she was featured in MADtv in 2008. She was also featured in Do Not Disturb same year. In 2009 she was featured in as Reality star in Family Guy. The other famous television shows where she made her powerful presence was Dancing with the Stars (2010), Audrina (2011), Dream Maker (2011), Celebrity Ghost Stories (2012).

She is linked with various famous celebrities and co-stars in the past. She was once linked with the superstar actor Chris Pine. She also had an affair with Brody Jenner but the relationship did not last long. Before dating his current boyfriend she had also been in a relationship with Ryan Cabrera.

The popular American diva started dating a motorcycle rider and professional BMX dirt bike rider, Corey Bohan. They started their relationship in 2008 and remained together as boyfriend and girlfriend before their engagement in November 2015. Patridge announced she was expecting her first child with her then-fiance Bohan on December 18, 2015, in her interview. In June 2016, Audrina Patridge and Corey Bohan welcomed their first child, a baby girl, Kirra Patridge Bohan.

Months after they welcomed their first child, the couple got married on November 5, 2016, however, they couldn't remain happy together for a long time as they separated in September 2017. Later on 20th September 2017, Patridge filed for divorce from Bohan seeking a restraining order against him. In October 2017, Patridge was granted the full custody of her daughter as well as their pet dog. The court also announced Bohan the restricted visitation rights.

Over a year after their divorce, their divorce was finalized in December 2018. Earlier that year, Patridge made headlines after she rekindled her romance with her ex-boyfriend Ryan Cabrera.

Audrina Patridge is a very beautiful lady with an attractive body figure. She has a height of 5 feet and seven inches. She has brown hair and beautiful blue eyes. She has a perfect body which measures breast 35, waist 24 and hip 36. She has maintained a net worth of $5 million and also she has a handsome salary of about $100k per episode.