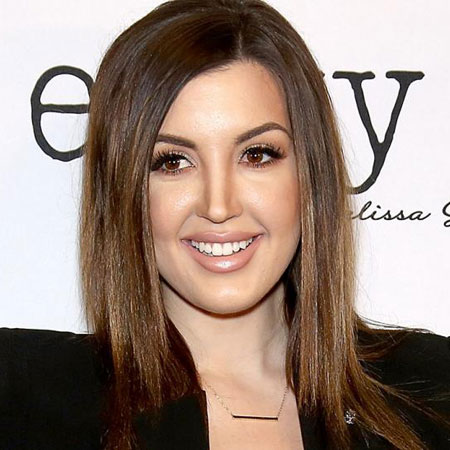 Widely recognized for being one of the original cast members of the reality TV series The Real Housewives of New Jersey, Ashley Holmes is a reality TV personality. The series premiered on May 12, 2009, on the cable network Bravo. She also appeared in the reality show Pitch Slapped, in 2015.

In addition to her television career, the reality star is also a freelance makeup and beauty blogger. She launched the beauty and fashion blog under the name The Pretty Mamas, in December 2016.

Ashley Holmes was born on December 1, 1990, in Las Vegas, Nevada, United States. She belongs to American nationality and ethnicity wise, she is White American. She is the daughter born to TV actress Jacqueline Laurita and Matt Holmes.

Holmes’ parents divorced in 1992 and then her mother went on to marry Chris Laurita in 2002. She was raised in her hometown Las Vegas, Nevada, along with her brothers, CJ Laurita and Nicholas Laurita. She also has four step-cousin whos named are Albie Manzo, Lauren Manzo, Christopher Manzo, and Lexi Manzo.

The reality star Ashley Holmes came to limelight after becoming one of the original cast members of the Bravo reality television series The Real Housewives of New Jersey. She appeared in the series alongside Teresa Giudice, Caroline Manzo,  and Melissa Gorga among others. The series aired on 12th May 2009, on cable network Bravo and so far has eight seasons. It focuses on the personal and professional lives of a number of women residing in New Jersey.

Holmes also featured in a reality show Pitch Slapped, in 2015. Prior to her TV career, she is also a freelance makeup artist as well as a beauty blogger. She also started her own bridal business and launched the blog, The Pretty Mamas, in December 2016. She has also attended the Makeup Designory which was held in Burbank, California.

Ashley Holmes’ Net Worth And Salary

Ashley Holmes has earned a good amount of net worth from her various works which according to the Celebrity Net Worth is around $30,000.

Holmes is also a freelance makeup artist and the average salary for the artist is around $31,602, in the United States.

Ashely Holmes is yet to be married. After dating Pete Malleo for a long time, the pair finally got engaged in 2016. 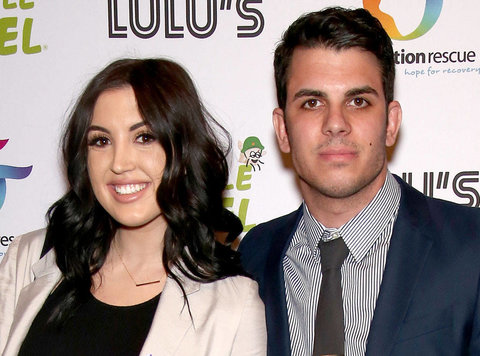 The couple welcomed their first child, a son named Cameron Hendrix, on 30th August 2016. The reality star announced the birth of their son sharing a photo of a boy on Instagram and captioned the photo: 'Cameron Hendrix Malleo. 8lbs 0.4 ounces. We are so in love with you.'

The couple often make public appearances and they usually flaunt their perfect relationship all over the social media.

Love of my life

Their son Cameron already has nearly 7K Instagram followers. To this date, they have not shared the news of getting married son hope they will soon as they are going very strong together.