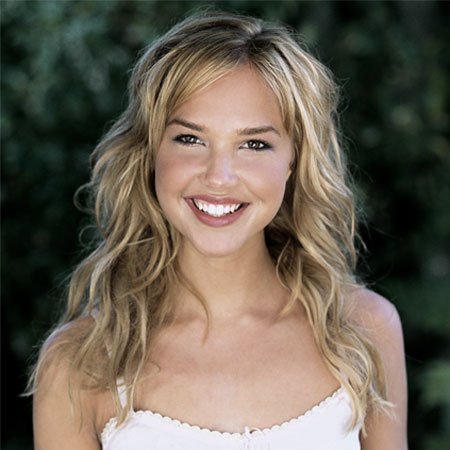 Ariel Caroline Kebbel is a stunning model and an actor. She is best known for her roles in television series such as The Vampire Diaries, True Blood, Life Unexpected, 90210, and Unreal. Her other notable works are American Pie: Band Camp, The Uninvited, and John Tucker Must Die.

Who is Arielle Kebbel?

Kebbel was born on February 19, 1985, in Winter Park, Florida, U.S. She belongs to the white ethnicity belonging to an American nationality. She is the daughter of Sheri Kebbel (her mother). She has a brother named Christian Kebbel and a sister named Julia Kebbel.

Kebbel is of German ancestry from her father's side whereas; she is of both English and German heritage from her mother's side. Her mother, Sheri is a talent manager and owns a production company.

Kebbel attended Crenshaw School in Winter Garden and graduated from high school one semester early with a 4.3 GPA.

Kebbel was a contestant at the 2002 Miss Florida Teen USA beauty pageant. She was a full-time model during that time. She has appeared in several publications such as Maxim, H, Lucky, Men's Health, Stuff, and FHM.

Later, Kebbel moved to Los Angeles, California. She successfully auditioned for her first major role as Lindsay Lister on The CW's Gilmore Girls within the first week of moving to Los Angeles. She had a major recurring role throughout the third, fourth and fifth seasons of that series.

Kebbel has made her film debut portraying a major supporting role alongside Kevin Hart, Tom Arnold, and Snoop Dogg in the hip-hop comedy film, Soul Plane.

Kebbel played the role of Carrie Schaeffer alongside Sophia Bush, Brittany Snow and Jesse Metcalfe in 20th Century Fox's John Tucker Must Die in 2005. The film made a profit at the box office earning worldwide $68,821,702 but received negative reviews from critics.

Kebbel starred in the movie, The Grudge2 alongside Sarah Michelle Gellar and Teresa Palmer in February 2006. The movie took place in Tokyo, Japan and was released on October 13, 2006. The movie was turned out to be a box office success earning $70 million worldwide.

The actress currently stars on the NBC TV series Lincoln Rhyme: Hunt for the Bone Collector.

Kebbel,34, is not married yet. Talking about her personal life, Kebbel is currently dating her boyfriend, Aaron Bay-Schuck. The couple began dating in 2012. They seem happy with their current relationship and are still leading a healthy relationship together.

Kebbel was involved in several relationships previously. She reportedly dated Kevin Connolly and Brahman Turner. Furthermore, the actress was rumored to be dating Nic Roldan in 2018.

Kebbel currently resides in Los Angeles, California. Her birth sign is Pisces. She earned massive popularity in the film world. She cites her favorite brand as Victoria's Secret

She Possesses $3 Million Net Worth

According to Celebrity net worth, Arielle Kebbel has maintained an incredible net worth of $3 million as of 2020. Her major source of income is her work in movies and TV shows.

Arielle is also a model and is paid $55,000 a year. On the other hand, her Instagram account has clocked in 647k followers as of 2020. It also plays a vital role to boost her fortune.

Kebbel is active on social networking sites like Instagram and Twitter and has a huge fan following on both of her accounts. She has posted several pictures on her social accounts.

Kebbel has an amazing height of 1.7 meters and weighs 121 pounds. She has successfully managed her body measurements as well as her work