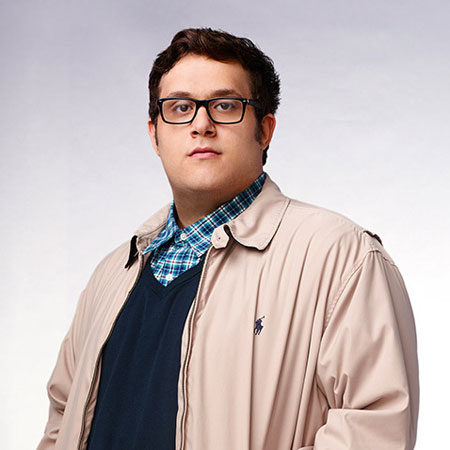 Ari Stidham is an American actor and musician. He is best recognized for his portrayal of Sylvester Dodd in the TV series Scorpion. He started playing music at an early age of four.

In 2010, he made his first break in an ABC Family drama Huge- based on a novel of the same name centered around eight teenagers who had been sent to a weight loss camp.

Stidham also released music under the name DrTelevision. He has performed in several movies, including Talon's Plant, Kidnap Party, and The Meme.

Ari Stidham was born on August 22, 1992, in Westlake Village, California. He was born to an Ashkenazi mother and Sephardic father. He belongs to American nationality and is of mixed ethnicity.

He was raised in Reform Jewish home. Reform Judaism is one of the more liberal denominations of the Jewish faith centered in the continent of North America.

Stidham attended the Center for Early Jewish Education in Thousand Oaks. He identifies himself as culturally Jewish though he does not identify religiously.

Ari Stidham developed his passion for the music when he was only 4. As a schoolboy, he performed in theater and musical productions. He later became the member of ComedySportz Los Angeles, the Improvisational comedy group.

In 2010, Stidham made his acting debut with a featuring character in the ABC Family TV series Huge. He played in the series alongside Gina Torres, Nikki Blonsky, and Raven Goodwin. He next featured in the series, The Whole Truth.

Stidham portrayed Cameron alongside Yvonne Orji in HBO original comedy-drama series, Insecure. Besides, he is interested in music and has released music under the name of Dr.Television. Additionally, he produces a radio play called Dick Duquesne: Tales of a Private Dick in close collaboration with Zach Green.

He played the role of Sylvester Dodd in the TV series Scorpion from 2014-18.

Ari Stidham is the successful American actor. He is living a comfortable life and garnered a good amount of money from his career. He has not revealed his exact amount of net worth in the media.

Stidham featured in web series Con Man along with Nathan Fillion and Mindy Sterling. Sterling has an estimated net worth of $4 million, according to Celebrity Net Worth. We can assume the net worth of Stidham close to that. Some online sources also believed that Stidham's net worth to be $4 million.

Ari Stidham, 25, is unmarried and has no children yet. He is in a relationship with fellow actress, Olivia DeLaurentis as of August 2018.

Stidham and his girlfriend DeLaurentis began dating in early 2017. The renowned actor doesn’t talk much about his personal life.

Besides, Stidham is also busy on social media like Twitter with 28K followers and Instagram with more than 86K followers as of August 2018. He also has a fur baby Uma whom he calls his daughter. He shared her pictures frequently on his Instagram.