Are Iggy Azalea And Odell Beckham Jr. Dating? Details About Her Relationship History and Affairs 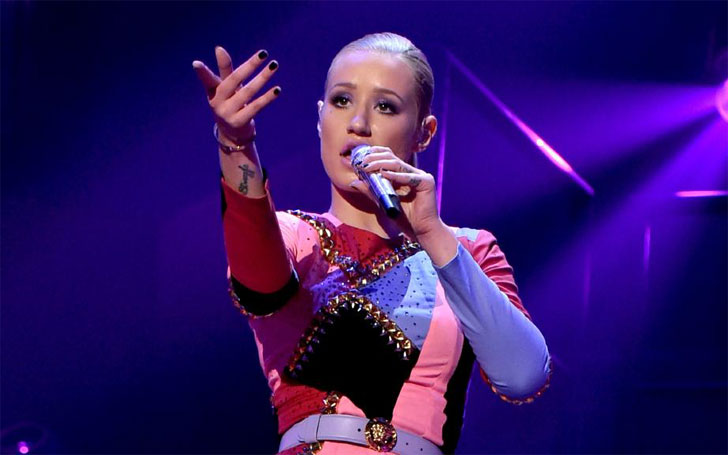 A new catch in Iggy Azalea’s life!
In midst of confusion regarding Iggy Azalea and Odell Beckham Jr’s relationship, most of the sources have confirmed that they are officially dating.
The dating rumors first sparked in May when they posted a group photo. Azalea did deny it at first. Us Weekly, however,  has confirmed that they are dating in real. So let's know about it.

On 25th October 2017, US Weekly confirmed that Iggy Azalea and Odell Beckham Jr. are officially together.

Had fun seeing all my Def Jam family last night!

In one of her interviews with TMZ, Iggy Azalea stated that she didn't even know who he was and didn't even talk to him.

I literally don’t even know Odell Beckham. I don’t. He was at my friend’s party and we took a picture with a bunch of people and that’s it. I don’t know him. I’ve not even had a conversation with him.

I don’t watch football! I saw Lady Gaga [perform] at the Super Bowl, that’s it

But now, the truth is out! Some sources close to the NFL pro confirmed that they are seeing each other and according to Us Weekly here is what the source said:

They hook up but are still hooking up with other people.

What do you name such a relationship? Well, guess they are just having fun!

Well, she might not confirm her relationship with Odell Beckham Jr. but she has made many of her past relationships public.

Iggy Azalea began dating the American rapper A$AP Rocky back in 2011. The couple was serious enough get a tattoo together, however, their relationship didn't last for quite long and the couple separated their ways in July 2012. Iggy Azalea with A$AP Rocky back in 2011

In 2013 Iggy began dating Nick Young, the Los Angeles Laker player, they got engaged in 2015.

Unfortunately, the couple called it off in 2016.

And, how can we forget about Hefe Wine and the whole sex tape fiasco? While Iggy Azalea kept on denying it her former boyfriend Hefe Wine spoke to TMZ that they did confirm that they shot it and it was him on the tape.

Also, Iggy Azalea accused Hefe Wine that it was him who sold the tape but Wine denied it.