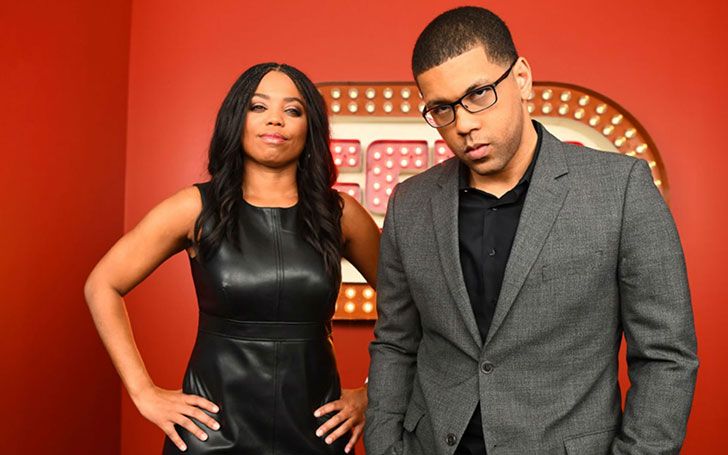 ESPN's host Jemele Hill became the topic of news after she called the President of the United States, Donald Trump, a ‘white supremacist’ on her recent tweet. ESPN was not so happy with her comment on the president and rebuked Hill releasing a statement.

Hill is best known for her ESPN's show 'His and Hers' alongside her co-host Michael Smith. The show wrapped up in January 2017. But the host duo continued their chemistry on their new show, Sportscenter.

Along with the growing popularity of the show, fans started speculating that Smith and Hill are dating.  Are they dating for real? Or it is just a rumor? What is the truth? We have all answers here.

Jemele Hill and Michael Smith are said to be allegedly dating since the time they started hosting His and Hers together.  Due to the perfect chemistry between Hill and Smith, many of their fans were and are still confused if the anchors are actually dating each other. Also read: Uncover the net worth and salary of ESPN journalist Jemele Hill along with her journalism career

Fuel was added to the rumor after the two were spotted together in series of their social media posts. We can see in the shared pictures that they really enjoy each other's company.

However, in an interview with curvyrevolution.com, the forty-one years old journalist Hill denied her relationship with her thirty-eight years old co-star, Smith.

To answer all the fans who kept on asking her if she was dating anybody, Hill made a post on Twitter saying she's dating Idris Elba and he'll propose her soon. Hill is quite known for her sense of humor.

Idris Elba & I have a secret relationship. He'll deny it, if asked RT @mikeyexcel201: @jemelehill are you married/dating anyone ??

It's quite obvious that Jemele Hill is a big Idris Elba Fan. But then, who isn't?  We wonder how she feels about Idris Elba's new relationship with girlfriend Sabrina Dhowre?

Who is Jemele Hill dating Currently?

Jemele Hill's Instagram posts make it pretty clear that she is a guy named, H. Wood. The journalist frequently appears on her social media with her boyfriend.

On her Instagram post on 23 July 2017, Hill and her boyfriend appeared holding each other at an event.

That unexpected neck kiss is everything pic.twitter.com/zQnGptncFk

Hill also shared a picture where her boyfriend kissed her on her neck on her tweet on 12 October 2014. She captioned the picture:

"That unexpected neck kiss is everything"

Hill's boyfriend, Wood, however, has maintained his social media private. But as much as we can see from Hill's Instagram, the couple is perfect together.