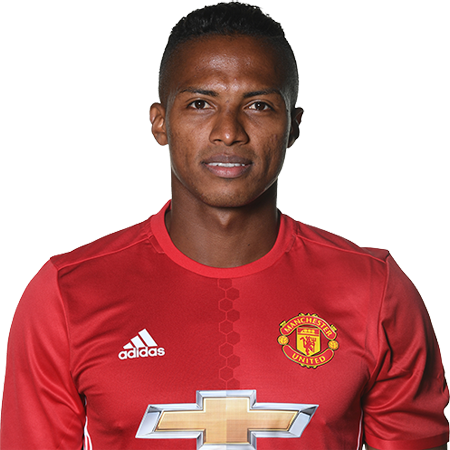 Luis Antonio Valencia Mosquera is commonly known as Antonio Valencia. He was born on 4 August 1985 in Lago Agrio, Ecuador. Valencia is an Ecuador international football player. He plays with No.25 jersey for his Nation Ecuador and Current Team Manchester United as a Mid-fielder. He is primarily deployed in the left flank of the field as a winger due to his amazing speed with the ball and capacity to drive it to strikers’ foot. Valencia has played significant role for both his club and nation with his footballing capability.

Valencia was into football from his early age. He started his career from the Ecuadorian club El Nacional. During his stay with the club, he played alongside another prolific striker, Christian Benitez. He made 84 appearances for the club and scored 11 goals. Edison Mendez is Valencia’s idol and he got chance to make debut alongside this football figure. Spanish club Villarreal unveiled him in August 1, 2005 at the price of 1.4 million Euros. Valencia couldn’t make to the first team and was loaned out to Recreativo de Huelva. With his inclusion in the team, they earned promotion finishing top position in the 2nd tier league. Valencia was then signed by English side Wigan Athletic in August in 2006. He was initially unveiled on a loan deal. Realizing his significance, the club went on to secure him in a complete contract. He made his debut for the club in the match against Newcastle united on 19 August. They lost the match 2-1. He had to wait under 21 October to net his first goal for the club. The goal came in the match against Manchester City. They won the game 4-0. The player secured full contract on 18 January 2008 and the deal was supposed to be worth around 5 million GBP. Valencia made total of 88 appearances for this English club and scored 7 goals.

Valencia’s career took leap after he was signed by Premier League giants Manchester United on 30 June 2009. He penned a four year contract. The deal was rumored to worth around 16 million GBP. He made debut for the club on 29 July. He scored his maiden goal during the course of his debut. The match was contested for Audi Cup and they were playing against Boca Juniors which they won 2-1. 2009 FA Community Shield was his first competitive debut for the club. Valencia wears No.25 jersey in every game while he was confirmed to wear number 7 shirt on July 3, 2012. The number had previously addressed numbers of prolific players like George Best, Johnny Berry, Bryan Robson, Steve Coppe, Eric Canton, David Beckham and Cristiano Ronaldo. The club won the league with him in the season. Valencia returned to his original No 25 shirt for 2013-14 season. With Manchester United, he won numbers of honors and achievements that any footballer would dream for.

Prior to his senior international career, he was part of Ecuador under-20 team. He was alongside Christian Benitez. He made 17 goals in 23 matches for Ecuador U-20 side. Valencia earned his first international cap on 27 March 2005. He scored twice in his first cap. The match was against Paraguay and the result came in their favor 5-2. The match was contested as part of World Cup qualification. Valencia played for Ecuador in 2006 FIFA World Cup. He was also shortlisted as a potential candidate for Gillette Best Young Player award.

Valencia help his team El Nacional clinch Serie A 2005 Clausura. He guided Recreativo de Huelva through to the top tier La Liga earning top position in Segunda Division in 2005-06 season. With Manchester United, he has won English Premier League twice in 2010-11 and 2012-13. He won football league cup in 2009-10. He has won FA Community Shield twice n 2010 and 2013.

Antonio Valencia is married. He was married to Zoila. The couple has a daughter whose name is Domenica. She was born when Valencia was playing in 2006 FIFA World Cup. Valencia has brother Eder who is also a professional footballer. He plays for Ecuadorian club, Independiente Jose Teran. Valencia has been learning English to make his stay in England more convenient.

This 28 years old mid-fielder stands 180 cm tall in height and has weight of 78 kg. He is stronger with his right foot. He has annual salary of 4.68 million GBP. His net worth is 5 million GBP.