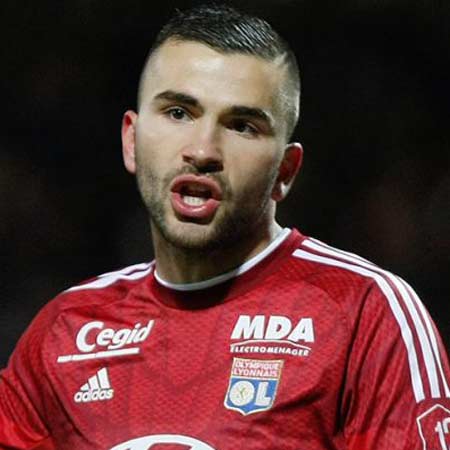 Portuguese professional footballer, Anthony Lopes is playing as a goalkeeper for French club Olympique Lyonnais, wearing no. 1 jersey shirt and Portugal National Football Team, wearing no. 12 jersey shirt. He started his career in the club Lyon in 2011 and played in the 2014 Coupe de la Ligue Final. Lopes made his senior debut for the Portugal national team in March 2015 and helped the team to win the Euro 2016 under the captaincy of Cristiano Ronaldo. Lopes will also be part of the Portugal squad for the 2018 World Cup in Russia.

Anthony Lopes was born on 1st October 1990 in Givors, France under the birth sign Libra to Portuguese father, Jose Lopes and a French mother. He is Portuguese and French by nationality and belongs to Caucasian ethnicity/race.

Lopes started to play football at age of six, joining the youth academy of OSGL Football in 1996.

Anthony Lopes joined the local French football club, Olympique Lyonnais in 1999 and its reserve team in 2008. He impressed the officials and authorities of the French team and was promoted to the main team of Lyon in 2012/13 season. Lopes is the third pick goalkeeper behind Remy Vercoutre and Mathieu Valverde.

On 31 October 2012, Lopes made his first professional debut against OGC Nice.  He then made his French Ligue 1 debut against AS Saint Etienne on 28 April 2013 and was the first choice goalkeeper for the French team during the season.

Born and raised in France, Lopes decided to play for Portugal instead of France national team. On 9th February 2011, he first appeared with the under-21 team, playing the first 45 minutes of a 3–1 friendly win over Sweden in Cartaxo.

On 31 March 2015, Lopes made his debut for the Portuguese national team against African nation Cape Verde. He was also the part of winning team that featured the likes of Nani, Pepe and Renato Sanches in UEFA Euro Cup 2016.

As of 2018, Anthony Lopes has an estimated net worth of $5 million. His weekly salary is around $96k.

Anthony Lopes is a married man and has two daughters, Eva Lopes and Nina Lopes. He lives a low key personal life and has not even revealed the identity of his wife.

Below we present the interview of Anthony Lopes.