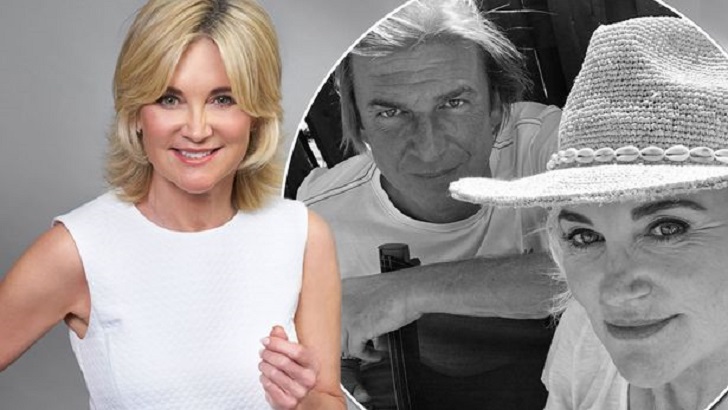 Anthea Turner is all set to walk down the aisle for the third time with beau Mark Armstrong as the pair recently got engaged after dating for just around five months.

The exciting news comes after around seven years of separating from her former husband Grant Bovery in 2013. Her ex-husband cheated on her with a lady half of her age.

Anthea has now moved on from the disastrous marriage earlier this year and has embarked on a new romance with Mark. 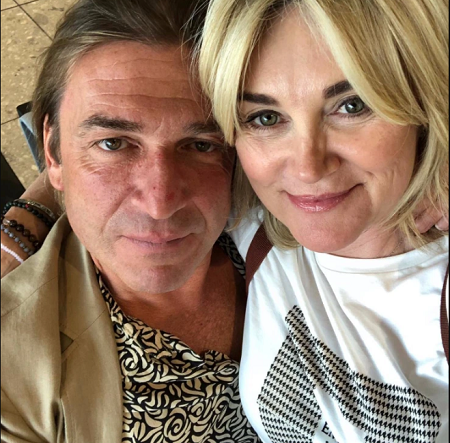 An insider has reported that Anthea is enjoying a pleasing time and is smitten with her new boyfriend.

The Sun On disclosed that Anthea and Mark first met at private members club back in March and did not take long to hit it off straight away. She had a rocky few years and suffered a couple of relationship failures; thus gave up finding love again, but everything changed when she met Mark at London’s Wellington club.

Before being linked with Mark, Anthea was married to Grant Bovey. Anthea and Grant got married in 2000 after meeting in 1998 for the first time. During that time, the pair had left their respective partners.

Sadly, the couple first separated in 2012 and reconciled for a short time before ending their married for good in 2013. Their divorce was finalized in 2015. Grant’s extra-martial affair with interior designer Zoe de Mallet Morgan was the reason behind their separation.

Anthea was also previously married to English disc jockey Peter Powell. The pair got married in 1990 and got divorced in 1998 after eight years long marital life.