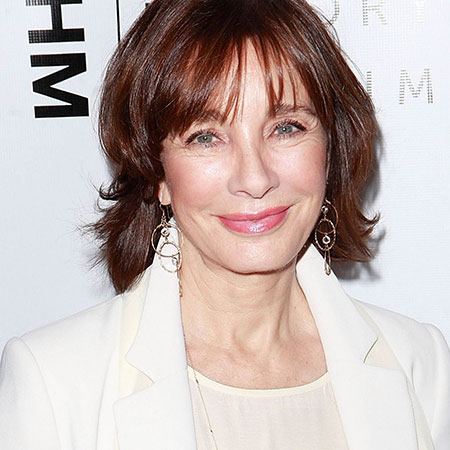 Anne Archer is an actress who has been known for being an Academy Award-nominated actress for the film Fatal Attraction. She is of American nationality and at the age of 68; she still owns the perfect beauty that makes her look perfect on screen. Anne Archer has also been known for the film roles for Clear and Present Danger as well as Paradise Alley. She has been actively involved in the acting profession since 1970.

She was married to William Davis in 1969. The couple divorced 1977. She has been married to Terry Jastrow since 1979.

Anne Archer was born on the 24th of August, 1947. She is American and belongs to the White ethnicity.

Anne Archer was born in Los Angeles, California to actor parents Marjorie Lord and John Archer and needless to state, was interested in acting since a small age.

She appeared in her debut role in the series Men at Law in 1970. This led her to be named Miss Golden Globe for the year 1971. She appeared in her first feature film called The Honkers which was followed by the 1987 film Fatal Attraction which has been her most appreciated role till date.

She has been nominated for an Academy Award for Best Supporting Actress for the portrayal of the role of Beth Gallagher.

Other endeavors of this beauty include appearing in the prominent roles in other films like Clear and Present Danger and Patriot Games. She has also appeared as Mrs. Robinson in The Graduate and has appearances on television shows like Ghost Whisperer, Falcon Crest, and Little House on the Prairie.

Anne Archer's net worth is $10 million at present. For the roles she has portrayed on screen, in the past few years, her salary has increased considerably. This has led her to attain such a huge amount of net worth.

Making her debut on the television show, "Men at Law" in 1970, she appeared in a string of television productions and TV movies throughout the 70s, including, "The Mark of Zorro", "Little House on the Prairie", and "Trackdown".

She also began adding film work to her resume with roles in such projects as, "The Honkers", "Cancel My Reservation", "Lifeguard", "Good Guys Wear Black", and "Paradise Alley".

Anne Archer will surely continue her endeavors in the acting fraternity and will be hugely liked for the endeavors she has carried out. This pretty beauty has been known also for her quintessential beauty which makes her perfect on-screen.

Anne Archer has been married twice and has two children, each from each of her marriages. Anne Archer was married to William Davis who was her first husband. The couple got married in the year 1969 and was together for more than a decade.

For more than three decades, the relationship of the couple is getting along pretty well and they have not been undergoing any problems that might lead them to split.