Within a career span of almost seven years, the American TV actress Anna Lore has introduced herself as one of the prominent figures in the acting industry. Turned professional in 2014, Lore got recognition with her TV debut as Victoria Frankenstein in Frankenstein, MD. So far, as of 2021, the actress records 35 acting credits.

What Is Anna Lore's Age and Height?

Lore was born on March 15, 1993, in the USA in an American family. Her birth sign is Pisces. No detail on her family members (parents & siblings) is out. She holds an American nationality & hails from Caucasian ethnicity.

At the age of 6, Anna got an introduction to acting through stage performance at Plains Theatre in Rushville, Nebraska. After that, she worked in numerous TV commercials that would also see her appearance in the State Farm advertisement.

Then-19 years old Lore reportedly shaved her head & began a career as a background actor; worked in an episode of Community, as an anarchist.

Journey To Success: TV Recognition In Her On-Screen Acting Debut

In 2014, Anna Lore was cast as Victoria Frankenstein in the TV series Frankenstein, MD; where she worked in 24 episodes alongside Steve Zaragoza and Brendan Bradley. Following appearances in short- videos Wrestling Isn't Wrestling and The Soft Parade, the American actress made her film debut through Contracted: Phase II (2015).

Moreover, she earned the role of recurring cast Chloe Turner in The Bright Sessions; she worked in 24 episodes of drama series from 2015 to 2018, featuring Julia Morizawa, Lauren Shippen, and Briggon Snow. 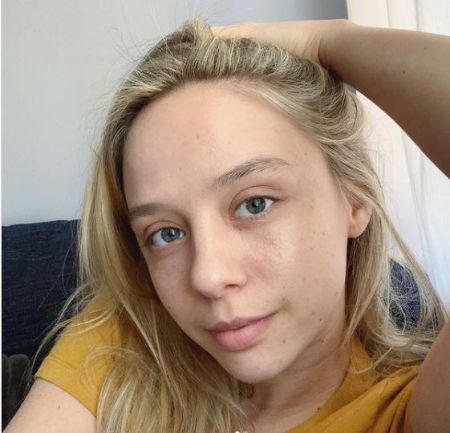 Lore starred as Brie in 6 episodes of The Friendless Five (2016); the same year, she made guest appearances in TV  works: Faking It, Natural 20, and Nasty Habits (TV film).

Moreover, she worked in the commercial of Progressive Insurance (2021) as Tammy, featuring one of the highest-paid commercial actors Stephanie Courtney (as Flo).

Anna Lore, more recently, guest-starred in the TV series All American (2020) and Into the Dark (2020). After completion of the 2020 short film The Carnet, she is coming with two big projects Not Born and The Carnet, in 2021.

In the romance-comedy Not Born, currently under post-production, Lore will star alongside Rosanna Arquette and Xander Berkeley in the main roles.

Turned professional for over 6 years, Anna Lore records 34 acting credits including her upcoming project Not Born (post-production). In 2021, the American actress has a net worth of $500 thousand. No doubt, she made considerable earnings from her acting career.

Famous for her role in Frankenstein, MD, The Friendless Five, Miss 2059, The Bright Sessions, and Ms. Katie, Lore allegedly earns a salary in the 6-digit figure (hundreds of thousand dollars) but has not opened up the actual payroll. Moreover, the TV commercial appearances aid in her revenue.

Anne Lore Is Dating- Who Is Her Boyfriend?

The American-born TV actress Anna Lore is currently in a relationship with her boyfriend named Ryan Nemeth, an actor & professional wrestler. Currently, Ryan is signed with All Elite Wrestling (AEW) and previously appeared under the ring name Briley Pierce in WWE.

According to Lore's Instagram post on February 14, 2019, on the occasion of Valentine's Day, the duo was together for 2 years; meaning they are dating since February 2017. 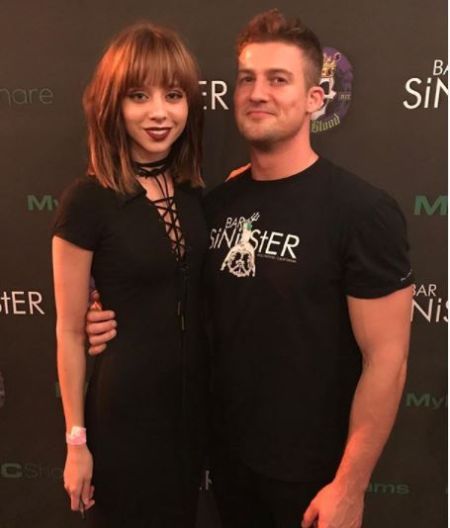 They are yet to announce how their relationship began. Moreover, no plans for their wedding or engagement are out at the moment.

Anna often shares posts with her boyfriend on her Instagram account @anna_lore with over 17K followers. Her boyfriend Ryan also has a decent number of followers on Instagram (@ryrynemnem) that counts 22.3K.