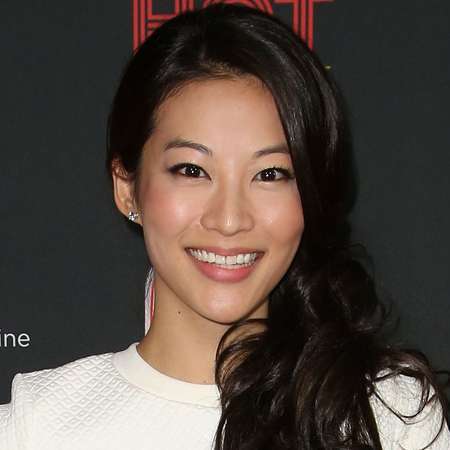 Arden Cho is a popular American actress, model, and singer who is mostly known for her role as Kira Yukimura on the show ‘Teen Wolf’.

She was born on 16th August 1985 and was raised in Amarillo, Texas to Korean-American parents. Cho mostly spent her childhood in Dallas and teenage in Minnesota with her young sibling. She is of Korean descent and one of the popular models in Asia.

Cho went to Apple Valley High School and was a highly involved student as she used to take several cla s ses of martial arts, sports, dance, painting, music, cello and much more because of the pressure of her parents. She then attended the University of Illinois at Urbana-Champaign where she majored in Psychology. It was there where she attended the drama cla s s and develops an immediate interest in the profession. She said,” Theatre was the first time I felt like I could open up and be someone I could only imagine to be”.

It was the year 2004 when Cho entered and won the Miss Korea Chicago competition, which gave her an opportunity to participate in the Miss Korea Pageant. However, it was a disappointing experience for her as she was urged to get plastic surgery. Later on, after graduating she decided to move to Los Angeles to pursue a career in acting. She made her acting debut with a small role in the movie ‘Break-up’ as a VIP party guest.

Some of her notable movies are My First Crush, Spy Games, The Break-Up, The Grey Coat, Forgotten, Picture perfect, Flexx, Stuck and so on. Likewise, some of her notable TV shows are Mad, Pretty little liars, Mad, Teen Wolf, Hawaii, Rizzoli & Isles and so on. In 2010, one of the cosmetic brand Clinique announced Cho as the model their advertisement campaign in Asia. She also modeled for Reebok in Korea and also for Nike in Japan. Likewise, she has also modeled for Alexander McQueen and Apple and appeared in Purple Fashion, Vogue, and Nylon Magazine.

On February 6th, 2019, she was announced as the CEO of Leonard & Church, a New York City-based watch company.

Currently, her net worth is estimated at $600 thousand which is increasing day by day through her amazing salary gained from several movies and TV shows.

Heading towards her personal life, she was highly bullied in her childhood. She even hospitalized twice for injuries as she was physically attacked. She said, “I had two teeth knocked out, a chipped tooth, I still wear a wire…my entire face was cut up. It was bad. It took me six months to completely recover”. That phase of her life must have been disturbing for her as people around her were trying so hard to make her feel like an outsider.

Currently, she is in a dating relationship with YouTuber Ryan Higa. The news of their romantic relationship was announced by Ryan on March 31st, 2019 on his podcast.