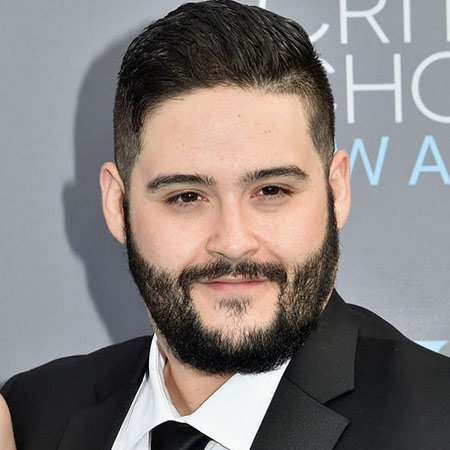 Steve Zaragoza is an American online personality, musician, singer/songwriter, and web series host. He is notable for his work on the current news and events series ‘SourceFed'. He is also famous for his YouTube Channel where he performs a distinct style of comedy. He is also the inventor of a dance move known as the Endless 2-step.

Steve Zaragoza was born on 9 June 1982 and was raised in Oxford, California. He is a Mexican-American who has brought up with his older brother Frank.

Before fame, Steve Zaragoza worked in the sound department for the film ‘Cloudy with a Chance of Meatballs’ and also appeared in an episode of ‘1000 Ways to Die’ in 2011. However, Steve’s first appearance was in 2008 for a music video named ‘Too Drunk.’ by Buckcherry. Prior to Sourcefed, he worked as a sound designer at Sony.

Steve Zaragoza joined ‘SourceFed’ as a recurring host on 1 March 2012, before developing into a full-time co—host. In February 2013, Steve along with his 'co-hosts at that time, were awarded the 'Audience Choice Streamy Award'. Similarly, he became a co-host on the spin-off channel, ‘SourceFedNERD’.

Aside from hosting series for Phil DeFranco Networks & Merchandise, Steve Zaragoza has also repeatedly collaborated with YouTube personality, Dane Boedigheimer. He has been a recurring guest voice actor on ‘The Annoying Orange’. Similarly, Steve also appeared as the lead role on ‘The Misfortune of Being Ned’ and also on the pilot episode of Orange spin-off, ’The Marshmallow Show’.

In 2014, Zaragoza continued his presence outside of ‘SourceFed’, by appearing in SoulPancake’s ‘The FlipSide’ series. Likewise, he also played the lead role as Iggy DeLacey on the PBS Digital Studios and Pemberley Digital collaborative series ‘Frankenstein MD’. The show was an online video adaptation of Mary Shelley’s ‘Frankenstein’ and was shot at YouTube Space LA. Apparently, in 2015, Steve decided to please fans with his singing talent as well.

Steve Zaragoza released an album named ‘Animals’, which featured the songs written by various other web personalities including Chelsea Dunaway. Recently, in 2016, he has begun hosting ‘Mostly Harmless for ComicConHQ’ as well as launching ‘Dynamic Banter’, a new podcast for the HeadGum Network.

In September 2014, Steve Zaragoza co-hosted a video with Lee Newton. It was focused on charities refusing donations from Reddit following the leads of celebrities’ nude photographs, Reddit commonly referred to as ‘The Fappening’. However, over 20,000 people did not like the editorializing of Lee Newton and Steve Zaragoza in regards to Reddit trying to give charity money in the Fappening;s name. As a result, the ‘SourceFed’ YouTube channel lost its 20,000 subscribers. However, both Steve and Lee apologized to the audience and days later Steve along with rest of the crew were awarded the Streamy for Best News & Current Events series

Steve Zaragoza married Sara Zaragoza in 2006 after dating for few years. However, in 2015 the pair ended their nine years of marriage. Both of them have never talked about the reason behind their divorce. Currently, there were rumors of him dating Bree Essrig. Even though the rumored couple has not accepted the rumors they often spot together especially they share their photos together through their respective social media accounts.