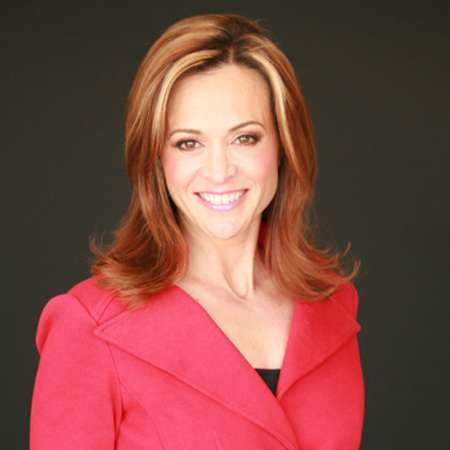 Anita Vogel is an American news reporter for the Fox News Channel. She joined the network in 2001. Similarly, Anita has also worked for WJET in Erie, PA, and KCRA in Sacramento. She first worked as a journalist at ABC Network News, based in Washington DC and also worked at WTLV in Jacksonville.

Anita Vogel was born on 24 November 1969 in Tarzana, California, United States of America. She was born to American mother and Eastern European father. Her mother Mary was born in New York and eventually moved to California along with her family. Anita belongs to the white ethnical background and holds an American nationality.

Anita Vogel went to the University of Southern California and earned her University degree majoring in two subjects: broadcast journalism and political science. The prominent American news reporter initiated her broadcasting career working at ABC Network News based in Washington DC. After working for some years, at the network, she began working at WJET based in Erie, PA and later joined KCRA in Sacramento. Similarly, Anita also worked at WTLV as a news reporter based in Jacksonville.

Anita Vogel joined Fox News Channel in 2001 and now serves as a Los Angeles-based correspondent. Working at FOX News, she has covered several stories, including the torching of an explosive-packed home in Escondido, CA, the 2012 movie theater shooting in Aurora, Co, and various consumer interest stories.

Similarly, Anita Vogel has also interviewed the Dalai Lama and the former President Bill Clinton in 2008. Additionally, Anita has a reported live from New Orleans, LA when Hurricane Katrina struck the region and also spent the next two weeks covering catastrophic aftermath. Likewise, Anita has also covered the Mexican presidential elections of 2006.

Apart from being a popular television personality, Anita Vogel has managed to keep her personal life away from the media. She comes to those celebrities who do not mix their personal and professional life together. Currently, she has not let the world know about her relationship status.

Anita Vogel has received several awards including an Edward R. Murrow award, a Regional Emmy Award for Best Newscast, a Golden Mike award for Best Breaking News Coverage by a network (for her exclusive interview with former President Bill Clinton during the Nevada Caucuses), and a Pennsylvania Association of Broadcasting’s award for Best Doc u mentary.

Anita Vogel has not talked to the media about the exact figure of net worth and salary.