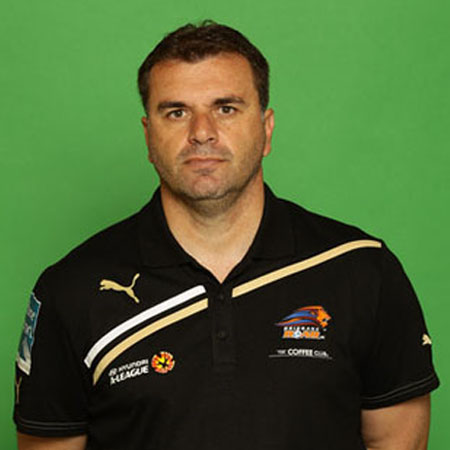 Angelos "Ange" Postecoglou is one of the most experienced coaches in Australian Football at the current time. He is the Head coach of the current Australian National Football Team.

Ange Postecoglou is a Greek-born former football player. He used to play as a Defender in the Australian Football team. He was born in Athens of the Nation Greece in the year 1965 August 27.

Ange Postecoglou was emigrated to Australia from his native country at the age of five and was grown up and brought up in Melbourne, Victoria. Thus, it concludes, his education was probably done in Aussies.

Ange Postecoglou started his football career as a defender from the club South Melbourne in the National Soccer League from the year 1984. He played in 193 matches from the club from 1984-1993.

During this 193 matches, he bagged 19 goals for the club. Later in 1994, he joined into Western Suburbs. He was the captain of the team. He had scored 4 goals from the club. After two years in this club, he started his career as a coach from the year 1996 from his first Club South Melbourne.

As the starting club of coaching, he got the opportunity to initiate it from his former play club South Melbourne. He coached the team in winning two National Soccer League titles in 1997-1998 and 1998-1999.

He was the coach of the team when South Melbourne had won the 1999 Oceania Club Championship which led the club to participate in 2000 FIFA Club World Championship. He coached the team until 2000. The success of his team proved the success of the coach which ultimately led him to coach the Australian Under-20 National Team for remaining the later seven years.

During this course of time in the National Under-20 Football Team, he played a significant role in identifying and developing Australian Players. After the team failed to get qualified in 2007 FIFA U-20 WorldCup, Ange Postecoglou was replaced as coach. After his farewell from the team, he started working as a football pundit at Fox Sports and in Football Federation Victoria as an elite consultant.

Later in 2008, he joined Panachaiki but resigned his position in December 2008 and joined at Brisbane Roar in October 2009 as a coach. Postecoglou led the team to win in several games. The team now holds the all-time Australian football code record as the longest undefeated sporting streak of 36 games.

With the team winning, A-League Championships, Ange Postecoglou became a famous and most successful Australian domestic football coach. In April 2012, he resigned from his post to start coaching Melbourne Victory. He coached the team till a year and in 2013, he made his move to club Australia as a head coach.

Ange Postecoglou's Net Worth And Salary

Ange Postecoglou's net worth is expected to be around $3 million at present. He earns a decent amount of salary from his career as a coach. His salary during the 2014 World Cup was $1.3 million.

Overall, Ange Postecoglou is a versatile personality. He is football player, coach, outstanding athlete, highly regarded public speaker and commentator in both print and television media. Ange Postecoglou has great managerial skill. He has good got command in this skill and has got eagle eye skill in terms of selection.

He has strong leadership leading and empowering the team which can be proved seeing the success statistics of his coached teams. He had proved several critics as false by winning and playing an extraordinary brand of game.

Most recently, Ange Postecoglou is busy in preparing for the coming 2014 FIFA World Cup and also been writing a weekly column in the "Melbourne Age" and on the corporate speaking circuit.

The talented Australian Head coach is married to Georgia Postecoglou. They are seen together in most of the events. Also, there are no any traces of Salary Statistics history of Ange Postecoglou so far. However, it is said he is managed by Sports management company Football Focus International.