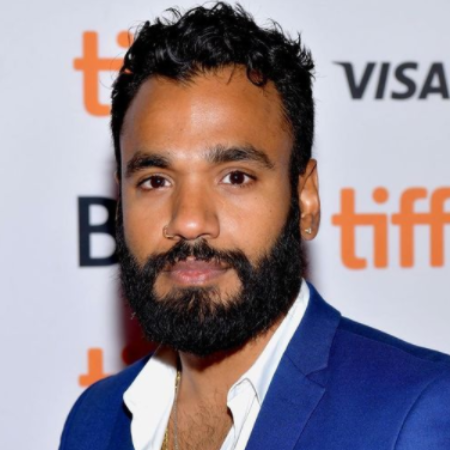 Andy McQueen is a Canadian-American actor. He gained fame for his role in the thriller film Disappearance at Clifton Hill, for which he earned a Canadian Screen Award nomination. Similarly, he is also recognized for his TV series appearances in Riftworld Chronicles, V Morgan Is Dead, and Coroner. Furthermore, the actor is set to appear in the upcoming miniseries Station Eleven.

Canadian-American actor Andy McQueen was born somewhere in Canada, but his exact date of birth is not available right now. He stands tall at the height of 5 feet 8 inches (1.73 meters).

He holds dual nationalities of Canadian and American. The information about his parents, siblings, and education is currently under wraps.

Andy McQueen made his on-screen debut in the television series Warehouse 13 in 2013. Since then, he appeared in numerous TV series and films like Satisfaction, Pretend We're Kissing, and The Listener.

In 2015, he appeared as Kenji in the television miniseries Riftworld Chronicles and Andrew in the TV series V Morgan Is Dead.

He made an appearance in the television series Nurses in 2020. The same year, he starred in films, including Little Orphans, Books of Blood, and Sugar Daddy.

Since 2019, the actor is playing Det. Malik Abed in the television series Coroner. He is set to star as Sayid in the TV miniseries Station Eleven alongside Deborah Cox, Mackenzie Davis, Danielle Deadwyler, and Himesh Patel.

Disappearance at Clifton Hill actor is believed to have an estimated net worth of $500 thousand as of June 2021. He racks up a majority of riches from his acting career.

He has worked in TV series and films such as Riftworld Chronicles, V Morgan Is Dead, Coroner, Sugar Daddy, and Books of Blood.

Personal Life - Who Is He Dating?

Andy McQueen is not married as of now. He has not opened anything about his relationship until now. Therefore, it is unknown whether he is dating or currently single. 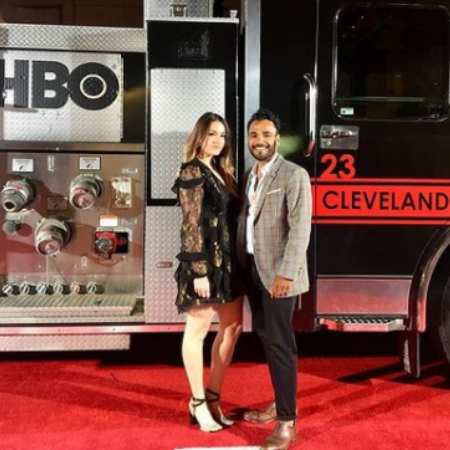 Well, scrolling down his Instagram, the actor seems to be very close to a girl name Glenda Maclnnis. He also mentioned that he attended his first premiere and red carpet experience for Fahrenheit 451 with her.

However, we haven't heard enough from both of them, and it is also not confirmed whether they are a couple or just good friends.