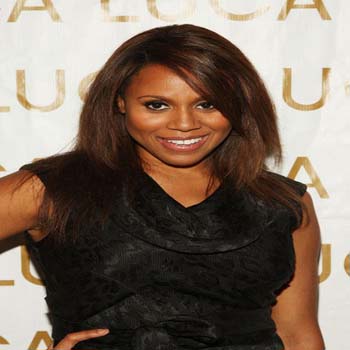 Deborah Cox is a Canadian R&B singer, songwriter, and actress.  Her song, Nobody's Supposed to Be Here held the record for longest-running number one single on Billboard's Hot R&B/Hip-Hop Singles & Tracks chart.

Cox was born on 13th of July in 1974, in Toronto, Canada. Her parents were Afro-Guyanese descent. She grew up in Scarborough in Toronto in Canada.

Cox began her schooling from Catholic Elementary School and continued her high school from Earl Haig Secondary School. She started her career in singing at the age of 12.

Cox started her career in singing right from her age of 12. She was first seen singing for a TV Commercials and with that, she entered in various talent shows with the help of her mother.

In 1994, Cox moved to Los Angeles. In 1995, she signed to Arista Records where she released her album titled Deborah Cox. In 1997 she released the soundtrack for the movie Money Talks titled Things Just Ain’t The Same.

Later in 1998, Cox launched her first single album Nobody’s Supposed to be Here. The album was platinum and became a bestselling album to date. Following the success, she recorded her new song, Absolutely Not and a soundtrack for the movie, Dr. Doolittle 2.

In 2002, Cox was seen with her third album The Morning After which was released in November on J Records. Two years from then in 2004, she made her Broadway debut in the Elton John-Tim Rice musical Aida.

In 2000, Cox played the role as Niko Rosen in Love Come Down. Her hit song of 2001 “Absolutely Not” was featured in Dr. Doolittle 2. She was seen in the movie Blood of a Champion in 2005, where she acted as Sharon.

In 2006, Cox also released a dance single titled House Is Not a Home. From 2005 to 2006 she was busy recording her fourth album Destination Moon and released later in 2007. She also performed Canadian National Anthem at NBA(2008) in New Orleans.

In 2008, Cox was involved in Deco Recording Group. In 2008, she released her 5th album titled The Promise. Later in 2009, she featured in “Leave the World Behind" which peaked up to 40 on the US dance chart. In 2012 she gave an inaugural performance as Lucy in musical Jekyll and Hyde. She has been involved in musical projects in recent days.

Cox, age 43, is married and has three children.  She had an affair from her high school. She married her long dated boyfriend, Lascelles Stephens. They have 3 children: a son named Isaiah and 2 daughters named Sumayah and Kaila Michelle.

Cox currently resides in Miami, Florida with her husband and children. She gave birth to her first child, a son on July 1, 2003. The couple welcomed their second child, a daughter, Sumayah on June 29, 2006, and third child, a daughter named Kaila Michelle on February 23, 2009.

Body Measurements, Net Worth, and Salary

Cox has earned a huge amount of salary from her work. Her net worth is $4million. She is basically popular in Singing, Acting and Modeling.